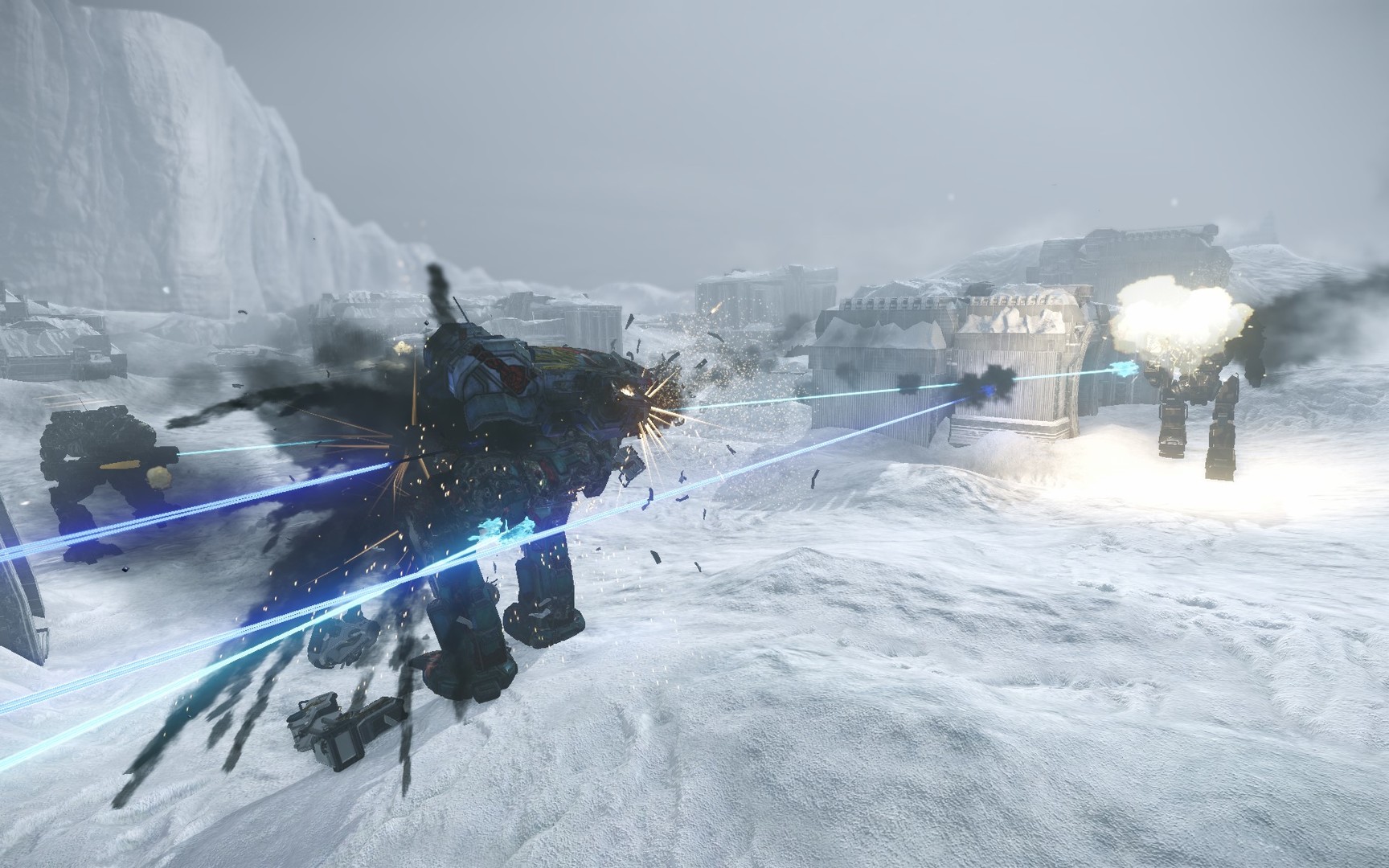 So here’s a game we haven’t written about in a few years – Mechwarrior: Online. The game recently made it’s debut in Steam’s free-to-play section and to celebrate the developers have released a brand new trailer as well as the “Factions Play” update. Whether you’re new to the game or a returning veteran pilot here’s a bit of a brief overview about how Mechwarrior: Online works.

Mechwarrior Online bills itself as a “tactical online shooter” – this means that you’ll be playing with & against other players online in a number of different modes. All six currently available game modes are available for free, but if you’re looking to gain new Mechs, custom paint jobs or other limited edition items then the game also offers an in-game cash shop.

Here’s a quick breakdown of the game’s six game modes, two of which were added with the recent “Factions” update:

When players first hop into the game they are given a “trial mech” which is a pre-determined configuration which allow you to adjust to the game’s controls and game types. When you first sign up you’re also awarded a “Cadet Bonus” which increases the amount of in-game credits you’ll earn. Like many other free-to-play games you’ll have to play quite a bit to earn cash to get some good gear, thankfully the community has written lengthy guides for new players who don’t want to shell out any real world cash. Some of the mechs can get quite expensive – after looking through the prices available on their official websites they appear to start at about $17 USD – so the same price as subscribing to your average MMO for a month.

The brand new factions mode attempts to relive some of the cooler things about the older BattleTech games like Mechwarrior 2 – the different factions and how they relate to one another. You have the choice of joining either The Great House of the Inner Sphere or The Invading Clans and must work with others in your same faction to either occupy new territory or defend planets that are vital to your factions survival.

To celebrate the launch of Factions Mode the devs will be hosting a live stream at 5 PST which you can watch below. Also make sure to check out the game’s official Steam Page.