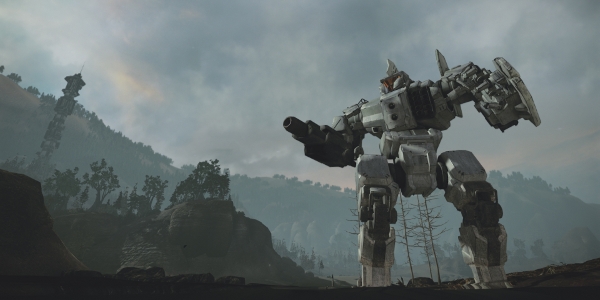 Piranha Games’ free to play take on the MechWarrior franchise entered open beta yesterday. Announced by publisher Infinite Game Publishing, anyone can register on the Mechwarrior Online site and begin downloading the client right away. Free mech based combat? Sign us up!

MechWarrior being a free to play game means of course that certain features, weapons and mechs are locked for paying members only. Founders also get additional XP, $50 of in game currency and the founders’ exclusive Jenner mech.

The beta was expected to begin a little earlier, and IGP has released a statement apologizing for the brief delay. Read it after the jump, or ya know sign up for the game and start blasting stuff away!

– The return of the long-awaited franchise is here –

MONTREAL – October 29, 2012 – Infinite Game Publishing (IGP) and Piranha
Games announced today that after a decade of fan anticipation for a new
MechWarrior game, MechWarrior Online has entered Open Beta. Mech combat has
finally returned to millions of both veteran and new MechWarrior players at
<http://www.mwomercs.com> www.mwomercs.com. The highly anticipated and hotly
previewed MechWarrior Online puts players in command of the most powerful
war machine to ever walk the battlefield, the mighty BattleMechT. Already
widely embraced by gamers in Closed Beta, its successful Founder’s Program
achieved more than $5 million in sales since July.

“After a brief delay, we are very excited to open up the game and look
forward to continuing to expand the Inner Sphere to both new players and our
loyal fans. They have offered critical and immediate feedback, helping make
MechWarrior Online the game it is today,” said Russ Bullock, president of
Piranha Games.

Bullock continued, “We’re excited to enter this phase of development with
our publishing partner, Infinite Games Publishing. Working together we have
laid the groundwork for a full pipeline of content between now and our
official launch early next year, and beyond.”

Set in the year 3049 during the early stages of a massive interstellar war,
MechWarrior Online puts you in command of a wide variety of devastatingly
powerful Mechs. Customize each of your Mechs to suit your preferred
battlefield role; upgrade systems, replace weapons and tweak armor with near