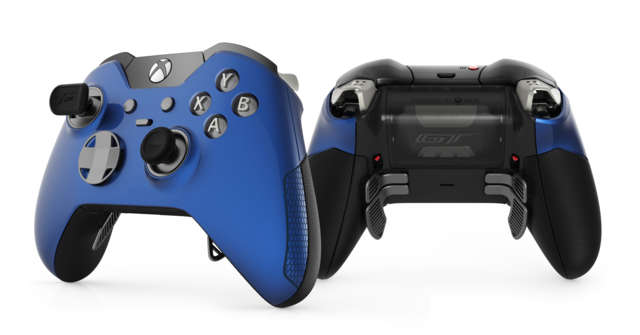 It would seem that after a long drought console gamers will again be able to get custom licensed first party peripherals on the Xbox One. First we saw the two Halo controllers and then the Fall Out 4 edition, and now  a Forza theme modeled after the colors and pedals of the Ford GT.  The elite controller is only a few weeks old, but already we are getting a concept for a nice licensed first party themed edition. The custom controller is blue and black, and has features that evoke Fords new 2016 GT, one of Forza’s signature cars. The controller sports (see what i did there?) the same liquid blue color as the car (see images in the gallery) and also has triggers designed to look like gas and break pedals. 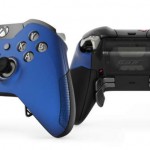 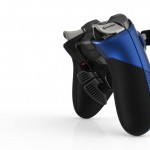 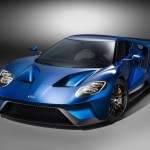 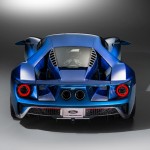 Ford apparently collaborated on the controllers design, their press release here said “”On the subtle side this concept features carbon fiber in parts of the case to add strength and lightness, Also the Ford GT steering wheel provided direction on the shape and ergonomic positioning of the invaluable left thumbstick as well as paddles for shifting that mimic the design of the Ford GT’s.” it went on to say  “The battery housing has a clear design to represent the rear glass above the engine of the Ford GT, Last, but definitely not least the trigger buttons which act as your gas and brake pedals have been modified with the look of the GTs pedals. This is a design exercise that went to extraordinary lengths to be as true to the all-new Ford GT as possible and it does not disappoint.”

unfortunately it seems you wont be able to buy this controller, as its just a concept, but it shows at least that Microsoft is open to the idea of licensed first party controllers, on their new elite controller platform. The $150 Xbox One Elite was released in October.