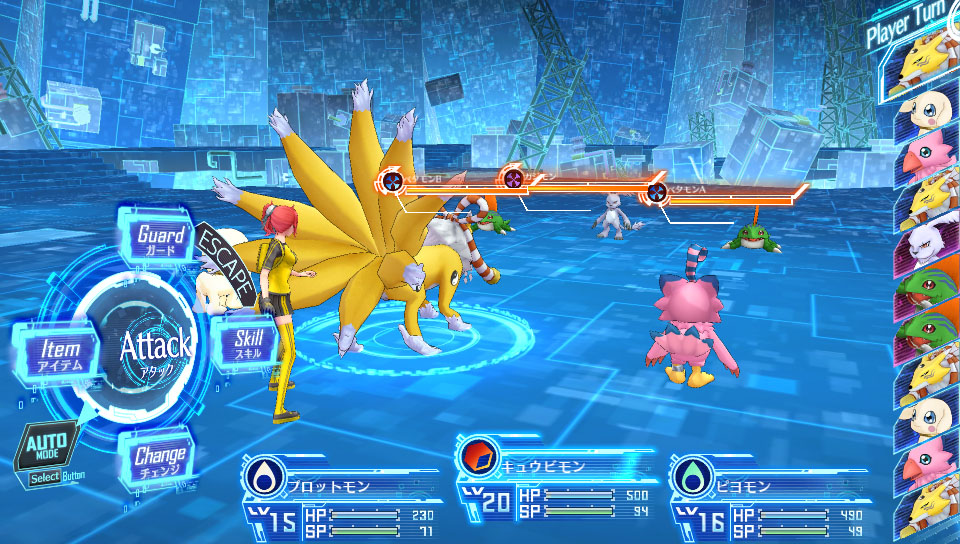 Digimon Cyber Sleuth will not only be getting a physical and digital release in North American  on Feb 2nd 2016 for PlayStation 4 and (digital only) PS Vita but Bandai Namco have also announced a number of extra bonuses for those who pre-order.

Players who put down some cash on the physical PS4 release will receive the following:

Digimon Cyber Sleuth takes place in the near-future where occurrences in the digital world are common place. As the teenage protagonist it’s up to you to solve the game’s mysteries! Here’s a brief rundown on Cyber Sleuth’s  features that Bandai Namco released:

Also here’s one of the game’s trailers: