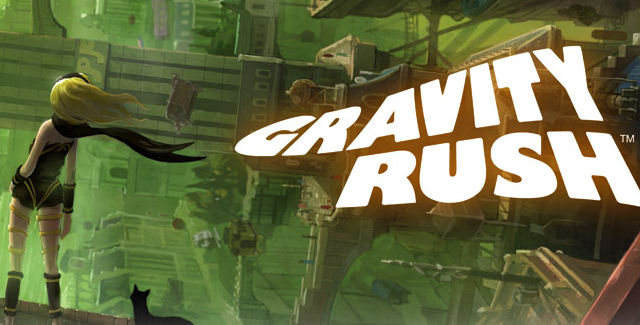 Gravity Rush fans rejoice as Sony Computer Entertainment Japan confirmed during their Tokyo Games Show presentation that both a remastered version of the 2012 original and its sequel Gravity Rush 2 will be heading to the PS4!

Sony released a pair of trailers centered on the announcement and I couldn’t be more excited.  GR2 looks absolutely stunning in motion – once again we get glimpses of sweeping cityscapes and bright blue skies as heroine Kat utilizes her gravity manipulation powers to fly through the skies.

When I reviewed the original game I had this to say about one of my absolutely favorite (and in my opinion essential) PlayStation Vita games:

The gameplay and freedom to fly through the city streets appealed to my senses, they aren’t the only great part of Gravity Rush. The game both looks and sounds absolutely fabulous. Characters, environments and effects are rendered in a style that is very similar to modern Japanese Animation. Characters sport expressive eyes and make gasps and gestures that convey their emotions clearly

Gravity Rush Remastered will be released on PlayStation 4 in Japan in December of this year and in February of 2016 in North America. Gravity Rush 2 is currently scheduled for release sometime next year.