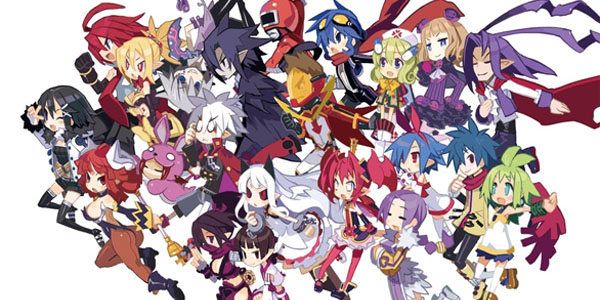 NIS America has brought us some amazing titles over the years. Even more recently, there have been some real slam dunks like The Guided Fate Paradox that really stood out as a classic. With another Disgaea sequel on the way for the PS4 much later this year, it really made me realizes there is a lot more here than just nostalgia. Sure lets face it, many of us knew or even played NIS games before the Netherworld tactical simulator came out, but it was Disgaea that really made NIS shine. The variety of the cast, fun writing, and the customize your own character options really made for a great experience that everyone wanted in on. Especially considering the original Disgaea has seen a couple rereleases by now.

Yet Disgaea isn’t set in stone, nor really is the NIS universe. We usually tend to get fresh characters, or completely new titles such as Makai Kingdom. So what is it that draws players back in so well that has made NIS such a powerhouse?

NIS games are a treasure. To the hardcore RPG fan, they offer countless hours of entertainment and grinding that doesn’t feel dull. Disgaea had me going for awhile, Disgaea 2 really got me powering up my characters, but it was Phantom Brave that I put quite a bit of leveling into. Yet again another non-Disgaea title that had a similar engine. The cool thing about many NIS titles is the tiered post game content. You never know who you might run into after completing the game, and you may need to level up to take them on. I’m sure not all NIS titles have this feature, or maybe they do, when I finally beat them all I’ll know for sure.

In comes the randomized dungeons! Now you have somewhere to take your characters that isn’t a mundane constant repeat of the same stage over and over, but instead new stages that have the promise of powering up not only you but also your gear in Disgaea. Item worlds is what the Netherworld based series calls them, and by completing delves into these worlds you can make your items more powerful. Of course it’s fun to just level up your favorite characters as well, but these additions are a great touch to NIS titles.

Usually in an NIS game, you’ll have a home base. This allows for some downtime, maybe a bit of dialogue, and usually ways to power up or buy new items. It also works as the gateway between stages and randomized dungeons if they’re included. Even games like The Guided Fate Paradox and The Witch And The Hundred Knight had these. As did later titles like Battle Princess of Arcadias which was more of an action based game. It’s not uncommon to have places like this in video games. RPG’s tend to have areas you can rest in along the way, but NIS games tend to be more like Diablo in this respect. They have one main hub that you access the world from.

All of this combined makes NIS games feel familiar. Even jumping in blind to Legasista like I did, I found it to be innovative with it’s different take on gameplay from other NIS titles, but it also was similar in ways too. The characters had similar conversations, I could look forward to powering up my party of chosen characters, and random dungeons as well! Sure the rest of the game is quite different from most NIS titles, but it’s the qualities we do know that make it work so well.

That’s the glue that holds everything together, and the story is the driving force that makes it interesting to come back for more. NIS titles often feature lots of mystery. Sometimes you can guess what is going on, but often there are good twists. That and new additional gimmicks make the traditional gameplay fun to play yet again. NIS games can get pretty hardcore, and if you’re just looking to spend some casual time grinding you can