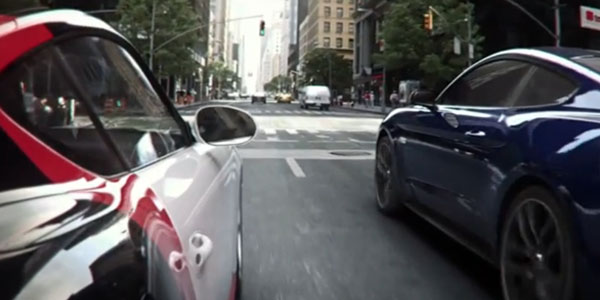 After a delay in November (we’ll call it a race day rain delay for fun) Ubisoft is on the eve of releasing The Crew! From what we’ve seen of the beta, it promises to be a game changer. Sure, you have the regular races, intense moments, and acquiring upgrades. But The Crew is so much more! The real star of this game is the open world it takes place in. Not just a city, or a state. No, it’s a smaller version of the United States of America!

It sounds pretty outlandish and impossible, but that really is what The Crew brings to the table. Oh, that and it’s multiplayer online enabled. Even though having a huge open world to explore between missions was more than enough, you’ll even encounter other players as you race around the game world. My time with the beta was focused on just seeing the sights and experiencing the great story mode. There’s even more to The Crew which launches off the starting line tomorrow, December 2nd. Read on for the launch trailer!