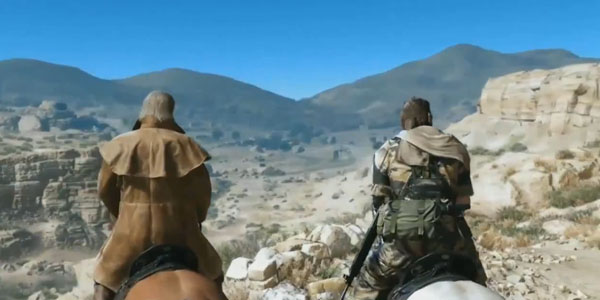 To no surprise, Metal Gear Solid V which was the title this years E3 Xbox press conference started with, looks like an incredibly fun Kojima Productions title. Taking the series into an open world seems to allow for more recon and scouting out an area before diving in to complete your mission. Stealth is of course a huge element in the game as with most Metal Gear titles. The gameplay shown even demonstrated how Snake could lean on his horse to obscure himself and avoid detection from passerbys.

A list of the usually awesome Kojima Production opposition was shown including Ocelot. Dive in after the break and check out the gameplay itself. The game is on the way for both Xbox 360 and PlayStation 3.