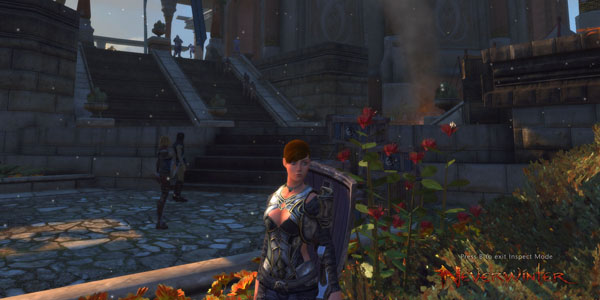 This being the fourth Beta weekend for Neverwinter right now I’ve been eager to get back into the game. I enjoyed the third beta weekend. During the week I did some homework getting to know Cryptic’s Star Trek Online so I could relate between the two games. The two do have their similarities but they are their own games as well. If you haven’t tried out Star Trek yet and you are a fan of the franchise I do recommend it. Even just to see the sights, it’s a fun trip.

One thing I didn’t get to try in Neverwinter was the Foundry. It turns out Star Trek Online even had a Foundry for gamers to create their own adventures. I’ve tried a couple Star Trek missions recently and I played some Neverwinter quests and both games have been quite enjoyable. Unfortunately I haven’t gotten in to the creation tool myself yet so the magic hasn’t been spoiled for me, but the system does seem to allow for quite a bit of story telling.

The Foundry becomes quite fun when you want a break from the main storyline. Neverwinter seems to level along with your character in these user created missions, so after you’ve completed the tutorial you can dive in at any time. It’s actually quite surprising the amount of content already out there. Another neat feature of this system seems to be that you can add mission goals in actual non-instanced areas. What I mean by this is a regular door that seems to be painted on a house of no real importance could be the start point of someones custom quest. So next time you’re walking through Neverwinter and see someone standing at a random door to nowhere for awhile, you’ll know they may be on an adventure!

Being able to add goals like this brings new life to an otherwise predetermined world. With the creativity of D&D fans, you can just imagine how robust this content can become. Sure some adventures are just hack and slash but usually they do have mystery and dialogue peppered in as well. Players can even rate and review the content they complete.

I’m enjoying my time with Neverwinter and when the open beta begins April 30th, I’m sure I’ll be starting up a main character to enjoy. There are no character wipes after April 25th which seems to be for Neverwinter Founders to be able to get in five days early on the open beta. If you’re interested in joining in and seeing what other rewards they have to offer, check out the Founders packs on Neverwinters website.