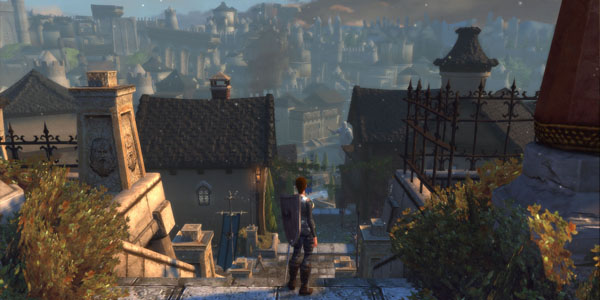 The new free to play Neverwinter MMO let beta testers give the game a whirl a few weekends back and I was lucky enough to get to be a part of the action. Unfortunately, I haven’t tried their Star Trek MMO, but after enjoying my time in the Forgotten Realms I do plan to see what the game based on Paramount’s franchise is like as well.

Neverwinter feels more action based than most MMO’s that I’ve played before. You get right into combat and unleash your moves. Instead of letting your foes do their worst, you can block their incoming attacks if you’re early enough. This sold me right away into trying out more of this new game. It plays more like a hack and slash adventure, but still gives you a mix of skills that are easy to access like most MMO games. I’d figured that my fighter class character had it easy being ready for combat, but even playing as a mage as a delight. Nearing the end of the beta I’d switched to a spell caster and enjoyed peppering enemies with a rain of magic missile attacks. 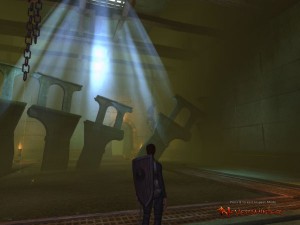 Combat aside, there is a rich and beautiful world to get involved in here. While the main quest did seem quite straight forward and there wasn’t much of a branching collection of side quests, I did have to remind myself this was a beta. I guess that’s a great thing to say about the game in that I was so into it I wanted to do more than what was already presented to me. The main story at the start plays out like a boxed set campaign, sending you delving into dungeons to complete various quests. You’d think that would get boring but there is quite a bit of variety to the areas you’ll explore and the game feels quite fun as you explore the instanced dungeons.

Action doesn’t slow down either as you make your way through the cities dungeon like areas. I was quite surprised to see the camp fire resting spots work as area of effect healing stations when you’re not in combat. So just approaching a camp fire instantly has your health bouncing upward. This is a wonderful addition since it keeps things flowing. It does mean some smaller battles will feel more meaningless to you since you can just run back to the start of the dungeon to refill your hit points, however as you progress you’ll find yourself wanting to play better rather than relying on this method. 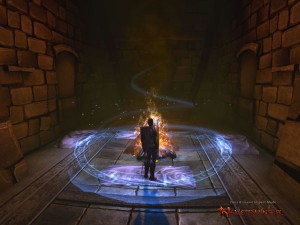 Loot starts off slow but becomes a steadier stream as you play on. That and the main city section of Neverwinter you’ll spend much of your time after the tutorial area has shops to explore. I didn’t try them but daily quests even give currency that it sounds like can be exhanged for the games real money zen currency. So this gives you the option of playing to afford those real money items instead it seems. Gear tends to be found around your level too, so you won’t be holding onto it too long until you level up. You will of course find some stuff for the other classes as well, which being anti-social as I was in the beta I’m sure of, but I assume you’d be able to trade.

Dungeons and Dragons fans should enjoy the lore you can collect in game as well which makes exploring Neverwinter both fun and even more interesting. Sure you may not want to drop everything mid dungeon while your party gets torn to shreds, but otherwise these additions make for a good read. Especially if your lore is a bit hazy or you’ve stumbled across something you’re unfamiliar with.

Though you’re spending a majority of time in Neverwinter itself in the games early hours, the different areas you’ll explore keep it fun. Each area does stand out and going from the happy starting area into the den of thieves is a stark contrast. The streets of this darker area down by the docks are dangerous, more like a dungeon than a happy new part of town. So though the first time you see the overworld map you may feel claustrophobic when you see how far away Neverwinter’s gates are, there is definitely a lot of room to explore and enjoy in the city itself. 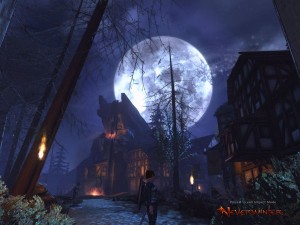 Neverwinter really impressed me. I went in thinking it would be neat to play around in this world and assumed it would just be a typical MMO. However the differences are subtle but fun. Sure, I love WoW, but Neverwinter feels like a different sort of adventure and I enjoy being given this new option, especially in a free to play game! I’d gladly have paid for Neverwinter as a store bought purchase. It’s a treat to enjoy this game and I appreciate what Perfect World has created here.

Lastly, the game also stays true to it’s roots! In Neverwinter there is a mode called The Foundry which allows gamers to create their own quests. It did seem easy to select and play other gamers content. I’m not sure if this option was open to use yet, but honestly I was too wrapped up in the main game to care. I really was having fun and I’m eager to get access to the game again. This time I want to bring in my friends, go adventuring together, and see what it’s like when a whole party enters the city of Neverwinter.

Want to learn more? Head on over to Neverwinter‘s official site!