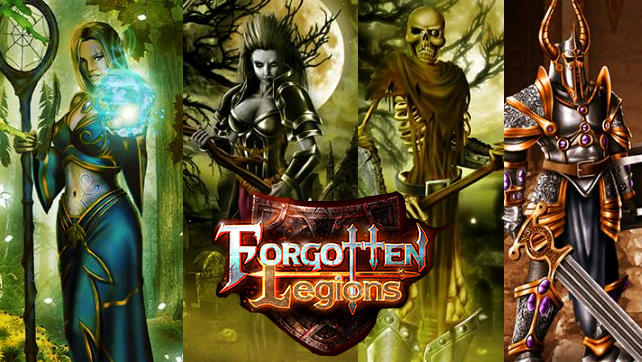 Quite a few things released today, including full game downloads for the Wii U and 3DS, plus some virtual console titles and even two DSiWare games! Right off the bat we’re just a few days away from the release of Monster Hunter 3 Ultimate, which will be available day and date in both retail stores and through the eShop. Lego City Undercover also hits stores and the eShop.

Take a look at the full, and lengthy list, below.

LEGO City® comes to life! The popular LEGO City vehicles and play sets come to life for the first time in the vast, open world of the LEGO City Undercover game. As police officer Chase McCain you are armed with clever disguises, special abilities, and the ultimate crime-fighting tool—the Wii U GamePad controller. With its indispensable map, communicator, and high-tech scanning device, the GamePad is just what you need to crack the case. Run, drive and even fly through the city to put a stop to the fiendish Rex Fury and end his crime wave once and for all. LEGO City Undercover will be available March 18 at retail stores and in the Nintendo eShop on Wii U. (You must have an external hard drive to download this software. Sold separately. Visit support.nintendo.com for information about storage options.)

Discover the epic world of Monster Hunter as you journey through more than 200 exhilarating quests, battle larger-than-life monsters and create hundreds of weapons and armor. Hunt with your two AI companions in single-player quests or team up with up to three friends in four-player online battles. Visually stunning HD graphics deliver a unique world for players to explore. With the addition of online chat, this is the best Monster Hunter experience to date. Monster Hunter 3 Ultimate will be available on March 19th at retail stores and in the Nintendo eShop on Wii U. This title will also be available for the Nintendo 3DS on March 19th.

Need for Speed Most Wanted U

Need for Speed™ Most Wanted U is the definitive Most Wanted experience. The game uses the unique features of the Wii U GamePad controller to introduce “Co-Driver,” which lets your friend play with the Wii Remote™ controller, while you can activate Boost U, adjust cop difficulty and change mods using the GamePad. 2012’s driving game of the year comes with full online play, the connected, open-world city of Fairhaven and the hot cars and intense cop chases that made Most Wanted. Need for Speed Most Wanted U will be available on March 19th at retail stores and in the Nintendo eShop on Wii U.

Play as your favorite character from The Croods and journey through 30 unique and addictive multi-player mini-games! The Croods: Prehistoric Party! combines the ultimate fun of a family party game with Croods-style action as you journey through 30 unique and addictive multi-player mini-games. Game boards bring the Croods’ world to life, complete with hazards, never-before-seen creatures from the film, hilarious surprises and rough and tumble competition that only the Croods family can bring. The Croods: Prehistoric Party! will be available on March 19th at retail stores and in the Nintendo eShop on Wii U. This title will also be available for the Nintendo 3DS on March 19th.

As young boxer Little Mac, players have a once-in-a-lifetime chance to battle the big guys of the World Video Boxing Association circuit. Players use their best jabs, hooks and power uppercuts to knock out opponents, but must also dodge jaw-breaking blows by paying attention to subtle changes in their foe’s body position. With great graphics, addictive action and a touch of humor, this classic game will keep players entertained for hours. Punch-Out!! Featuring Mr. Dream is the third game released for Virtual Console™ for Wii U to celebrate the 30th anniversary of the Famicom. For a limited time starting March 20th, the game will be available for only 30 cents.

Chasing Aurora is a physics-based 2D aerial action game. Enjoy playing with, and against, your friends in three different flight-based multiplayer modes. A single-player challenge mode requires players to break records time and again, unlocking level after level. Choose one of five different characters to ride the wind from peak to peak.

HarmoKnight is a rhythm-based action game from GAME FREAK inc., the creators of the Pokémon video game series, that has striking visuals and easy to pick up, yet challenging, game play. In the game, players must pound drums, jump over obstacles and battle enemies, all to the beat of an original musical score. With more than 50 stages, multiple playable characters and unlockable challenges, HarmoKnight brings a tremendous level of depth and creativity to the Nintendo eShop.

Revive Ketzal and restore order to the spirit world in this fast-paced 3D puzzle game. Use speed, skill and lightning-fast reflexes to save the spirit world from destruction in this engaging, action-packed puzzle game. A variety of compelling spatial challenges await you. Rotate and maneuver block-shaped Guardians to explore sacred shrines and climb towers that reach high above the clouds. Face adrenaline-fueled races against the clock, cerebral shape-matching missions and mazes that you’ll need a sharp memory to escape. The evil god Koruptal has brought chaos and destruction to the spirit world, and it’s up to you to put things right.

Meet the New Crazy! Rayman Origins is a comic adventure set in a lush world with over 60 levels teeming with unexpected secrets and outlandish enemies. Michel Ancel, celebrated creator of Rayman®, Beyond Good & Evil® and the Raving Rabbids® returns to his roots to bring us Rayman® Origins: a side-scrolling, platforming adventure! Play Rayman Origins and discover or rediscover the magical universe and legendary gameplay that captured the hearts of millions of fans… When the Glade of Dreams is overrun by “nefurrious” Darktoons, the Fairy Council hastily invokes Rayman to save the day. It is up to him and his pal Globox to restore peace to the Glade or watch as their beloved home vanishes like a bad dream… Originally released Nov 6th, 2012.

Travel to over a dozen stunning fishing locales in your quest to become a master angler. Fish in tranquil lakes, rocky coastal waters, flooded forests, and more, all rendered in eye-popping 3D that brings every leaping fish and splash of water to life. A huge variety of fish will test the expertise of even the most seasoned fishing veterans, from wily largemouth bass to powerful bluefin tuna. Originally released June 28th, 2012.

Only Mega Man can save the day! Battle eight new Robot Masters in the third installment of the series. Original Release Date: September 1990 In the year 200X, the notorious Dr. Wily, having reformed and now working for the forces of good, works hand in hand with Dr. Light to build a new type of peacekeeping robot. When a new set of eight Robot Masters escape the lab to wreak havok on the world at large, only Mega Man can save the day! This time, Mega Man must rely on his new slide move and his canine companion Rush to conquer the stages and vanquish evil. A new character, Proto Man, adds to the mystery and appeal of this next title in the famous action game series.

Innovative real-time strategy, 30 campaign misssions and Boss fights Forgotten Legions is an innovative real-time strategy in a fantasy setting, and is an exclusive for Nintendo DSiWare. Choose from two unique sides and command 18 units in 30 campaign missions. Endless mode brings hours of challenging gameplay, with the chance to add the results to a web-based leaderboard. Also Available on Nintendo 3DS for $4.99.

Goony is a one-button arcade game for casual and core gamers. You control Goony, a jelly-like creature, who is running down a road with hazardous obstacles. The goal of the game is to stay alive for as long as possible. Goony is constantly on the move. He goes either left or right. Special blocks, which can help you, are scattered across the playfield. The playfield is infinitely long and lasts until you make a mistake. The number of steps you took is your final score. Also Available on Nintendo 3DS for $1.99.