Following up on the news that Sony may reveal the PlayStation 4 (also known as Codename Orbis) later this month, is a report from EDGE that reportedly reveals several new details about the unannounced console. We already knew that the technical specs under the hood would be very similar to what Microsoft has planned, but now we have details on the system’s launch date and controller.

Click after the jump for a breakdown of all the latest details.

Orbis/PS4 could bring one of the biggest shifts in terms of Sony’s controller since the addition of twin thumbsticks with the introduction of the Dualshock in 1998! Two addition features have been added to the existing controller layout – a new touch pad and a ‘share button’. The touchpad will replace the existing start and select button and is based off the touch sensitive technology used on the PlayStation Vita. A new button on the controller, the share button, will allow users to share the last 15 minutes of gameplay over the internet for all to watch. It is unknown at this time whether or not the system will include YouTube functionality, but given the fact that the PS3 already has a YouTube app available, this would be a safe bet.

The story under the hood is something we’ve heard before. PS4 will utilize an AMD APU based processor clocked at 1.6GHZ with at least four cores. Initial reports indicated that the current crop of development kits for the Orbis pegged the system at 4GB of DDR5 ram. Sony has privately indiciated, according to edge, they are considering bumping this up to 8GB in order to match the specifications of the Xbox Durango. 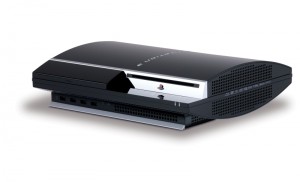 Technical specifications are great and all but when will this thing release? A vague ‘Christmas’ time period was given, with hints at a European launch coming in the Spring of 2014. November is traditionally when new consoles are released, the Xbox 360 and PS3 were released in the same month one year apart. In just 9 months we could be seeing a battle of the titans!

No word on price and of course this should all be considered rumor. Sony has a press conference planned for Feb. 20th at 6PM where they invite us to “see the future”. We’ve also reached out to Sony for comment on this matter and if we hear anything we will update this news post.