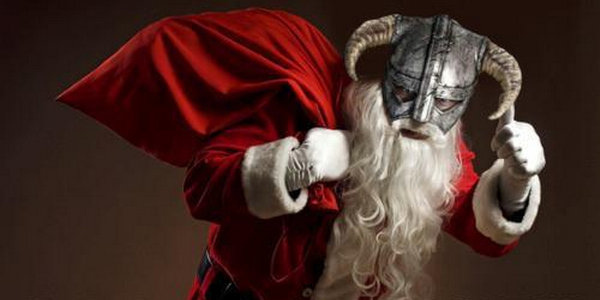 Ok, we’re officially to the end of our Skyrim giveaway contest.  MAJOR thanks go out to Bethesda for not only providing the copies of Skyrim and Dragonborn DLC, but for also giving us a shout-out on the official Elder Scrolls Twitter account.  While our site quickly tapped out under the huge and sudden influx of visitors hoping to score the game, we got the word out via our Facebook page as well as our Twitter page.

We had an influx of tweets all asking for either the full version on PC, or the DLC for the 360.  Our Twitter following more than tripled in a very short timeframe!  After counting the number of unique entries, we then used a random number generator to get our two winners.  And without further ado, the winners are….

Congratulations, Jody and Noah!  We just followed you two on Twitter.  Please send us a Direct Message on Twitter @brokenjoysticks with your email address, and we’ll provide the codes to you both.  Show your pride for your victory by tweeting all about this mess!

But it doesn’t end there – we have SO many other games to give out between now and Christmas.  Just to name a few, we have Darksiders 2 season pass, a Steam copy of RAGE, a BUNCH of THQ Humble Bundles, Fray, Hearts of Iron III Collection, Their Finest Hour…  The list goes on.  These will likely be given away via the website, so keep it locked here on the site to get the best chance of still scoring something for free!

And finally, big shout out to EVERYONE that took the time to be creative or crazy in your tweets at us.  While we didn’t choose by quality of tweet, if that was going to be the criteria this would have been a very, VERY difficult decision to make.  Let’s give a shout out to some of the awesome ones we saw:

Bryan was ready to make this a Christmas his girlfriend would remember… for all the wrong reasons:

Props to PinkPekinDuck who, among others, made a play on words with our site’s name:

Alex used the tried-and-true “rhyme and send a picture of your nostrils” method:

ActorX even went so far as to BUILD a time machine and go into the future to take a photo of us giving him the game!  Must have been in an alternate universe though, or something…

Badhammer took it a step further and made us a BrokenJoysticks meme!  (Sorry about your dead Lydia, bro…):

Again, I could go on and on about all the awesome entries.  Thank you SO much to everyone who entered.  We hope you continue to come to the site, where we’re doing our best to provide content you can’t find anywhere else, in addition to reviews and news from around the gaming world.  We love all of you and appreciate your support!  Bookmark the site and make it a part of your morning routine!  Send us love letters via Twitter or Facebook!  Stay tuned for even more giveaways!

Love, sunshine and kittens,
Jesse and the rest of the Broken Joysticks staff