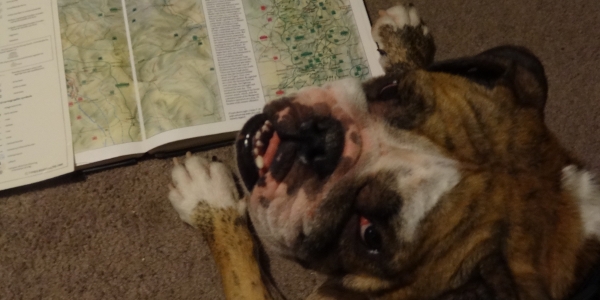 Monty, Broken Joysticks’ official wargaming bulldog, has just secured some copies of the latest HOI 3 expansion, Their Finest Hour, to giveaway to our readers. I understand that his meticulous planning allowed him to succeed in an amphibious landing near Stockholm where, after a visit to the Vasa, he liberated some Steam codes from Paradox Interactive.

We have 7 steam codes for Their Finest Hour and 5 steam codes for The Hearts of Iron 3 Collection (which includes the base game and expansions needed to play the game). Monty also scored two copies of Crusader Kings 2. This sounds like a good excuse for a contest.

One of the new features in their Finest Hour (or at least new to HOI3) is the ability for your commanders to gain traits through combat. In order to enter our contest tell us (in the comments) what trait you deserve and why. For instance you could claim the right to be a Ranger because you are really into Lord of the Rings cosplay. The winners will be announced on Monday. You may see a full list of the leader traits after the jump.

Desert Fox: From fighting in deserts.

Jungle Rat: From fighting in jungles.

Mountaineer: From fighting in mountains.

Ranger: From fighting in woods and forests.

Swamp Fox: From tromping around through god forsaken swamps.

Urban Assault Specialist: From clearing the enemy out on a house by house basis in a heavily urbanized hellhole.

Winter Specialist: From fighting in frozen provinces as your men succumb to frostbite.