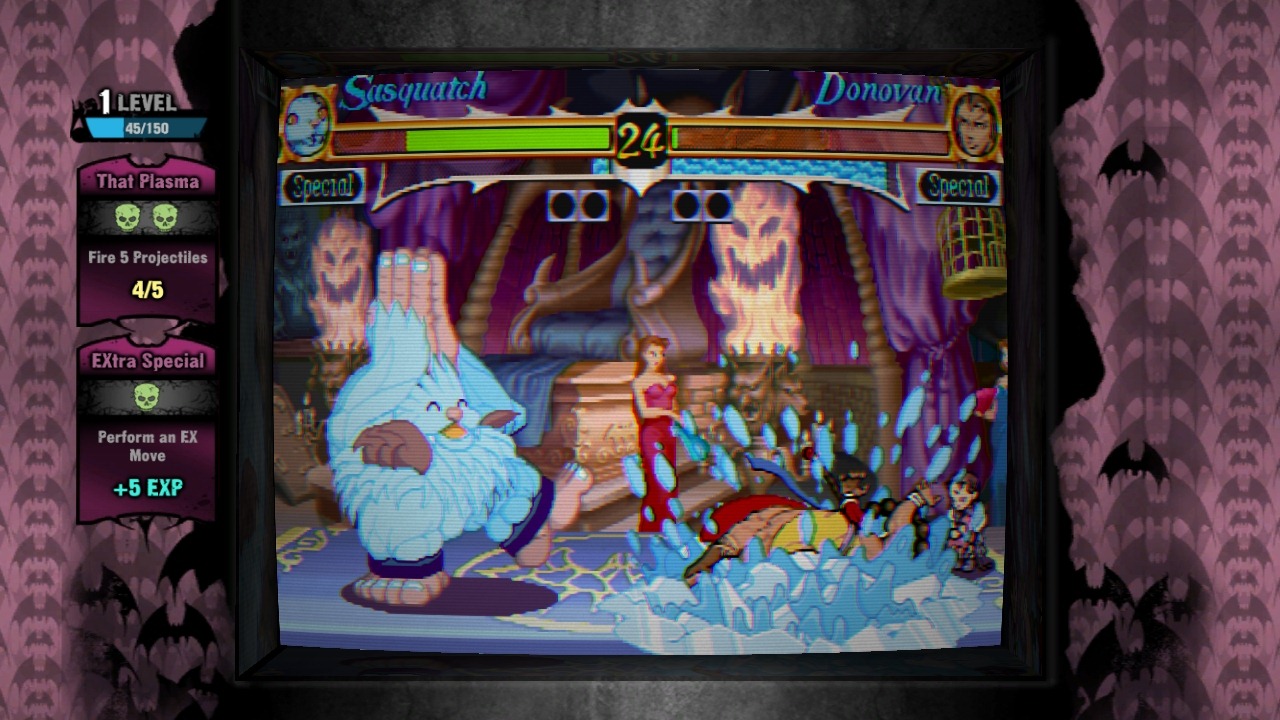 Kicking off New York Comic Con with a scare, Capcom announced plans to release a collection of titles from their monster button masher Darkstalkers series for digital release in early 2013, and continued to fan the flames of a full on sequel.

Darkstalkers Resurrection will bundle the series second game Night Warriors: Darkstalkers Revenge along with the beloved Darkstalkers 3 together in one digital bundle. The collection is being handled by Iron Galaxy and will come with the same filters, GGPO online play and dynamic challenges that were seen in their ports of Street Fighter III: Third Strike Online Edition and more recently in Marvel vs. Capcom Origins.

The digital title will run $14.99 on PSN and 1200 Microsoft points on XBLA, and will release when the full moon of the new year wanes to the early days of the new. Or early 2013, your preference.

That isn’t the only news for Dalkstalkers fans though. Street Fighter producer Yoshinori Ono also debuted a CG trailer that is being used internaly at Capcom to sell staffers on making a new, proper sequel to the series. It’s the most tangible sign of the Street Fighter IV producers long campaign to create a new game in the series that dates back to the early days of press done for Street Fighter IV.

The brief trailer shows zombie rocker Lord Raptor reclaiming his guitar while vampire boss Demitri does the menancing glare thing he does when he isn’t turning people into little girls.

You can check out a video of the teaser, of course with the requisite shakey cam that comes from any convention announcement, below, at least for now.