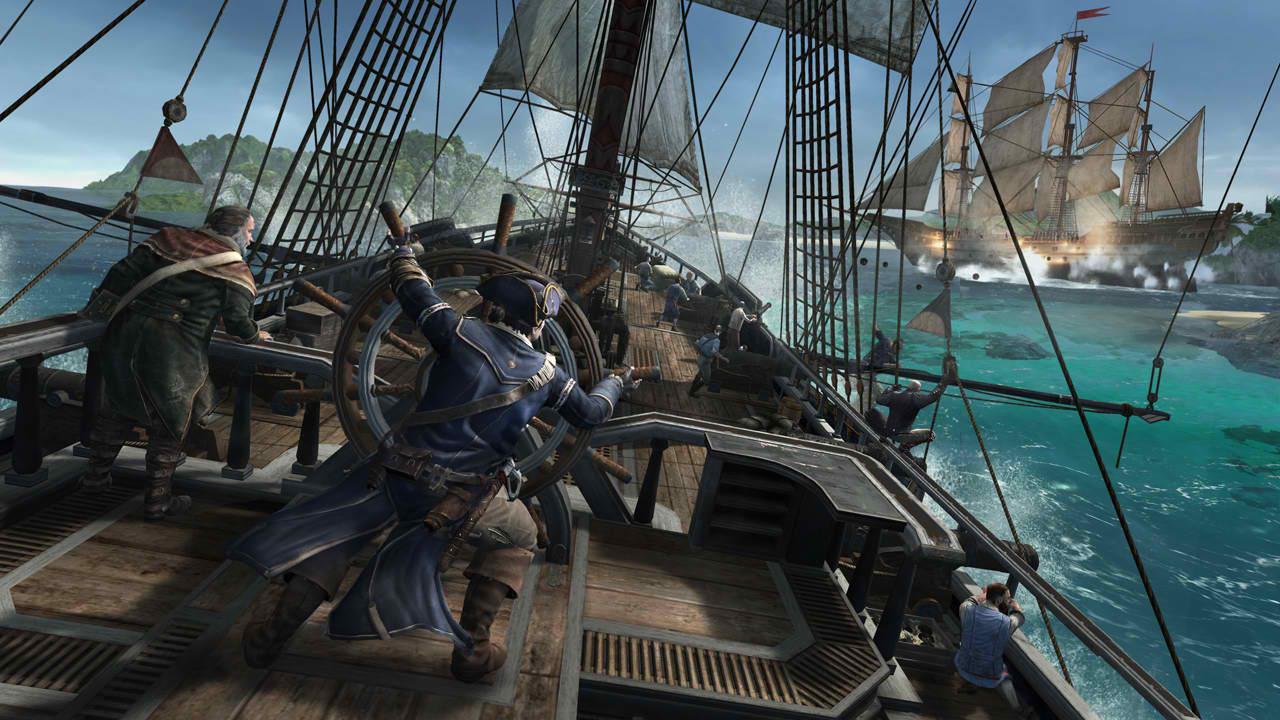 AC III’s demo opened with Connor decked out in traditional naval wear navigating the high seas on a clear sunny afternoon. When we first put our hands on the wheel it really felt like we set to navigate the high seas, seagulls flew overhead and the clouds parted allowing the sun to shine. Little did we know we were in for a harsh ride as we navigated the choppy sea tracking down enemy ships. Trailing these ships from behind we eventually caught up to our various targets, and that is where the real fun began.

The seas became rough and choppy as we rolled alongside our target with a storm raging. The amount of work Ubisoft has put into the water physics, boat movement and weather effects is damn impressive. There are full naval combat games that don’t feature physics this impressive. As our craft soared along side the various targets both shipped open fired using their side-mounted cannons. As the crew braced for impact, a command that Connor can execute using the face buttons, we crossed our fingers that our vessel would hold out.

Our brief demo ended with Conor and company boarding their last target.  As NPCs grabbed hooks and muskets the screen faded to black as the ropes smacked against the deck of the enemy ship. Our time with AC3’s naval combat was short but left us wanting more.