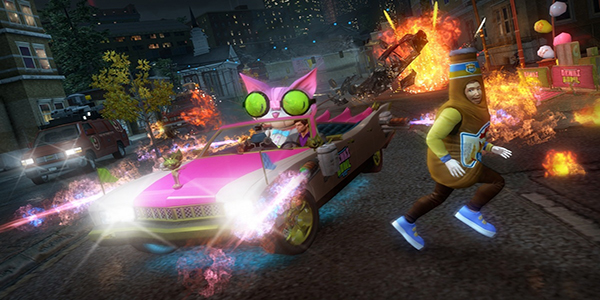 There’s been a lot of neat content for fans to sink their teeth into, by the way for interested newcomers. From items in the Shark Attack pack, to the missions in the The Trouble with Clones missions pack, you’ll have at least another ten hours or so of things to do on the side, on top of the actual game itself. You may have heard about Saints Row: The Third – Enter the Dominatrix, a superhero themed add-on, a while back, and wondered about whatever happened to it. Well, it was canceled, so it unfortunately won’t be on The Full Package.

As per usual, the Xbox 360, PS3, and PC will receive The Full Package, and it’ll go for $49.99. Not too bad, considering how much bang you’ll be getting for your buck. Check out the game’s official site here.