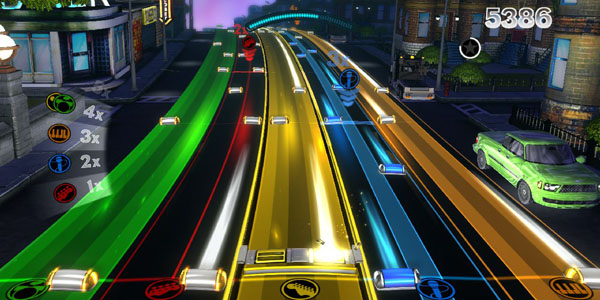 I’ve seen lots of posts comparing Rock Band Blitz to the classic Amplitude, and if that turns out to be an accurate representation of the game I’m very much okay with that! Being released on August 28th on PSN and the next day for XBLA it looks like a fun addition to the series for $14.99 and 1200MSP respectively. Not only do you get the full set list shown below if you read more, but the included songs also play on Rockband 3 at no additional charge with full instrument support!

In addition to these great tracks, Rock Band Blitz is also compatible with most of your existing Rock Band music library, including content from the Rock Band Music Store, as well as tracks exported from Rock Band, Rock Band 2, and more!