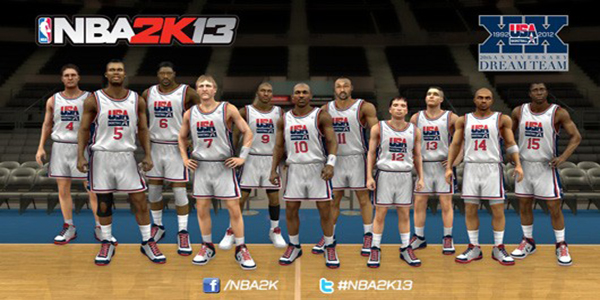 It’s the 20th anniversary of the USA’s “Dream Team” for the Basketball event at the Olympics, and 2K Games is celebrating by including the 1992 and 2012 teams in NBA 2K13. Jay-Z, the executive producer behind 2K13, states that he made the decision to have these two crews in the game so that people could settle “one of the greatest sports debates of our time.”

I’ve never heard people hype up the 2012 team, and probably for good reason. You just can’t compete against people like Michael Jordan, Larry Bird, Magic Johnson, and Scottie Pippen. Although, Pippen appears to be absent in the featured image above with the 1992 team.