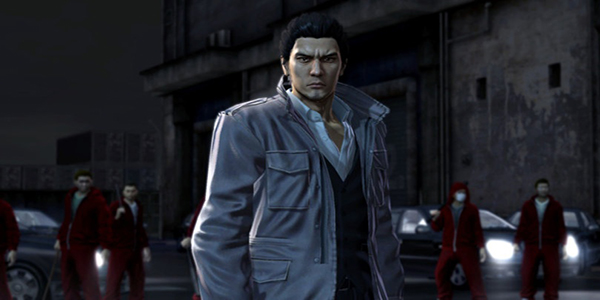 The Yakuza games have always had a plethora of minigames to lure players away from their main objectives, and it looks like that’ll also be the case in the fifth main installment of the series. Now, I haven’t played all of the Yakuza games, but I do remember there being a rhythm game of sorts in 3. There’s no info yet on what exactly all of the minigames will be in Yakuza 5, but we now know that one of them will be a joint collaboration between Namco Bandai Games and Sega.

Andriasang managed to get a hold of this week’s Famitsu, a popular Japanese gaming magazine, and learned about this new minigame. Taiko: Drum Master was an arcade drumming game, developed by Namco (this was before the merge with Bandai), that was then ported over to the PlayStation 2. An arcade machine with this game will be available to play in Yakuza 5, with songs such as Mappy Ondo and Shinsekai Yori (just as clueless as you are as to what these songs are). Let’s just hope that it won’t be too difficult to play, considering that it IS Japan after all..

Now, I haven’t mentioned this yet, but Yakuza 5 isn’t even confirmed for release outside of Japan. It’ll be out in December ’12 for the PS3 over there. As for when the rest of us will get it, we’ll have to see. Considering that all past four main installments of the series have made it to the rest of the world, it’s safe to say that us non-Japanese fluent people will be able to return to the Land of the Rising Sun next year.