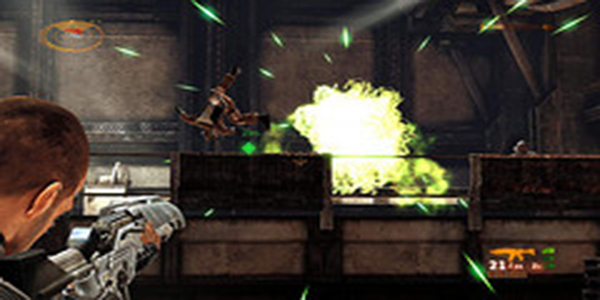 If you don’t know what exactly Scourge: Outbreak is, I don’t blame you. I had no clue that it existed until I read an article about it. Scourge: Outbreak is a third-person shooter from a development team called Tragnarion Studios, and it’s being released on the PS3, Xbox 360, PC, and Mac. The release date for it hasn’t been announced yet, but lead game designer Omar Salleh has unveiled some new screenshots and details on co-op today. Salleh’s blog post at the European PlayStation blog site revealed that his team’s upcoming game should be out in the next few months. He also went on to talk about being excited to see how players will enjoy the co-op mode.

We’re especially keen to see players get a kick out of the co-op narrative style that we’ve developed, whereby each of the game’s four playable characters experiences their own unique flashbacks throughout the game. These memories are designed to fit together as a kind of jig-saw puzzle, so the best way to get the full picture is to discuss them with your buddies. Some show dubious details about yourself, while others cast doubt on your squad-mates. Who’s the real enemy? What’s going on? What did you see? Don’t worry… single-player is a complete experience in and of itself, but co-op is where this style of narrative really shines.

Salleh closed out his post by stating that Scourge: Outbreak will have single-player, four-player co-op, and multiplayer. We’ll keep you updated on the game as more info comes out. Check out all of the new screenshots and details here, and the game’s official site here.