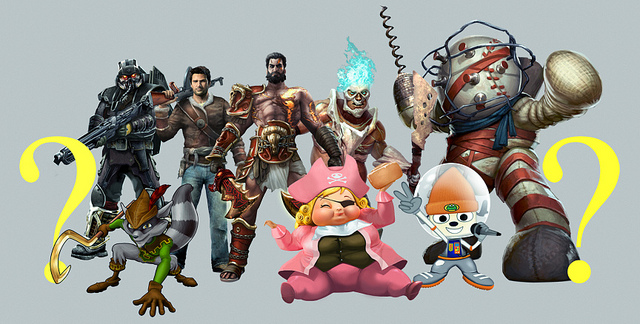 Sony’s take on the “mascot brawler” sub-genre, first popularized by Nintendo’s Super Smash Bros series, PlayStation All-Stars, will release in the United States and Canada on October 23rd, 2012 for PS3 and Playstation Vita the company confirmed this afternoon via the Playstation Blog.

In addition to the release date information they also announced a series of pre-order exclusive costumes for Nathan Drake, Sly Cooper and the gang. No other information surrounding the costumes, like which retailers will have them (presumably they will be split up amongst Best Buy/Gamestop and Futureshop) or if they will available after release was made available.

Make sure to check back here at Broken Joysticks around 6:30PM  PST, as Sony will be announcing two more playable characters during their panel at this year’s EVO Championship in Las Vegas.

If you haven’t already got a chance, why not read our initial impressions of the game when we got to play it at a preview event this past May.