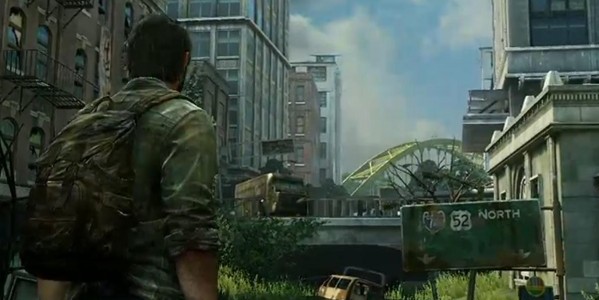 Sony wrapped up it’s E3 press conference this evening by showing off the first in-game demo of Naughty Dog’s upcoming title The Last of Us.

The demo featured the two main characters going through a high-budget destroyed hotel that was inhabited by enemies and included a ton of cringe-inducing gameplay elements, as both of the main characters helped each other survive by throwing bricks, stabbing enemies, and finally, introducing an enemy’s face to the barrel of a shotgun.

The game appears to be very survival based, as the lead character’s health bar often took large hits from single shots. A crafting element was revealed when a Molotov was created from various elements in the main character’s backpack.

The game’s dark tone has no influence on the world, which is bright and full of multiple colors similar to the Uncharted series — but don’t confuse the two, as The Last of Us looks to be a significant jump in play style when compared to Naughty Dog’s previous titles.

Color us interested — we can’t wait to learn more about The Last of Us, and we’ll be sure to share anything we learn with you as it becomes available.