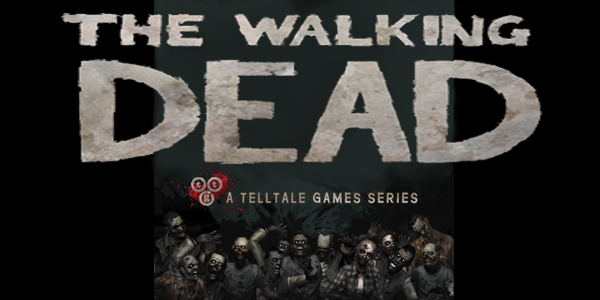 Telltale games has started up a new episodic game series, and as can always be expected – it’s pretty awesome. A prequel of the story in the hit TV show based on the hit comic book series, it’s The Walking Dead. There are five episodes to the Walking Dead, one will be coming out each month. If length is to be judged by the first episode then we will be looking at 3-4 hours each. Which is good value considering its $25 price tag or its 400 Microsoft point value per episode.

The story follows protagonist Lee Everett and a young girl he finds alone named Clementine as they try their best to survive during the current zombie apocalypse. Along their way they will encounter a myriad of characters. Some of whom will like you, others will dislike you, and even a couple will die horribly in the tradition of zombie horror.

The style of the game follows a comic book, but adapting it to 3D models which can at times look awkward. Overall it is executed quite well. With much of the action being in the dialogue. The dialogue design is handled almost identically to how it was handled in Obsidion’s Alpha Protocol. In which you are given a timed selection of your dialogue choices with a variety of options. Adding in even silence as an option. Your choices in dialogue will greatly impact the story down the line in later episodes.

Some of the decisions you will make come down to a matter of life and death. Even in the first episode there were a couple of “Ashley or Kaiden” moments that required quick thinking. It’s more than just picking your favorite character though. Some of those choices may have unforeseen consequences to keep the player on their feet. During conflicts between characters when you choose for Lee to get a word in (if you choose to) it will effect characters way they view you as a person. This also includes what you choose to let the other characters know about Lee.

The sound design is excellent. With lots of background noise suitable for the setting. Birds chirping brightly with subtle guitar chords being struck faintly in the background to atmospheric violin chords to create a dreary, melancholy atmosphere. Making the few pleasant moments feel pleasant, and the terrible moments feel worse. 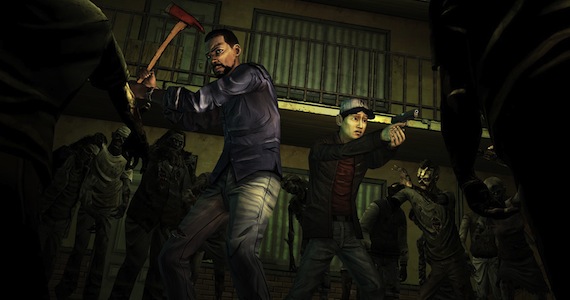 One fantastic element to this adventure game, that not many others can say that they share is re-playability. Since your decisions actually make a difference there are a couple of choices you can make that reflect differing paths. These paths always end up back on the same track, since the game is canonical to the series, it does allow you to encounter different characters and different dialogue options.

A really nice touch at the end of the first episode is that it included a “Next Time on The Walking Dead”, highlighting a couple situations that will come up, and even showing how decisions you have made will come to reflect the story in the next episode.

The first episode of The Walking Dead may not take you very long and can easily be completed in a single sitting, but the story is engaging and will keep you drawn in. Pulling you in so much you will actually care about your responses and the consequences that come with them.  And when you get to kill a zombie, it feels so satisfying despite it just being a series of quick time events.

Telltale has really outdone themselves with the first episode of The Walking Dead, and it is almost certain that the rest of the four episodes will be just as good if not better. This is highly recommended for any fans of the comic or TV show, or even for somebody who has never been exposed to the franchise before.