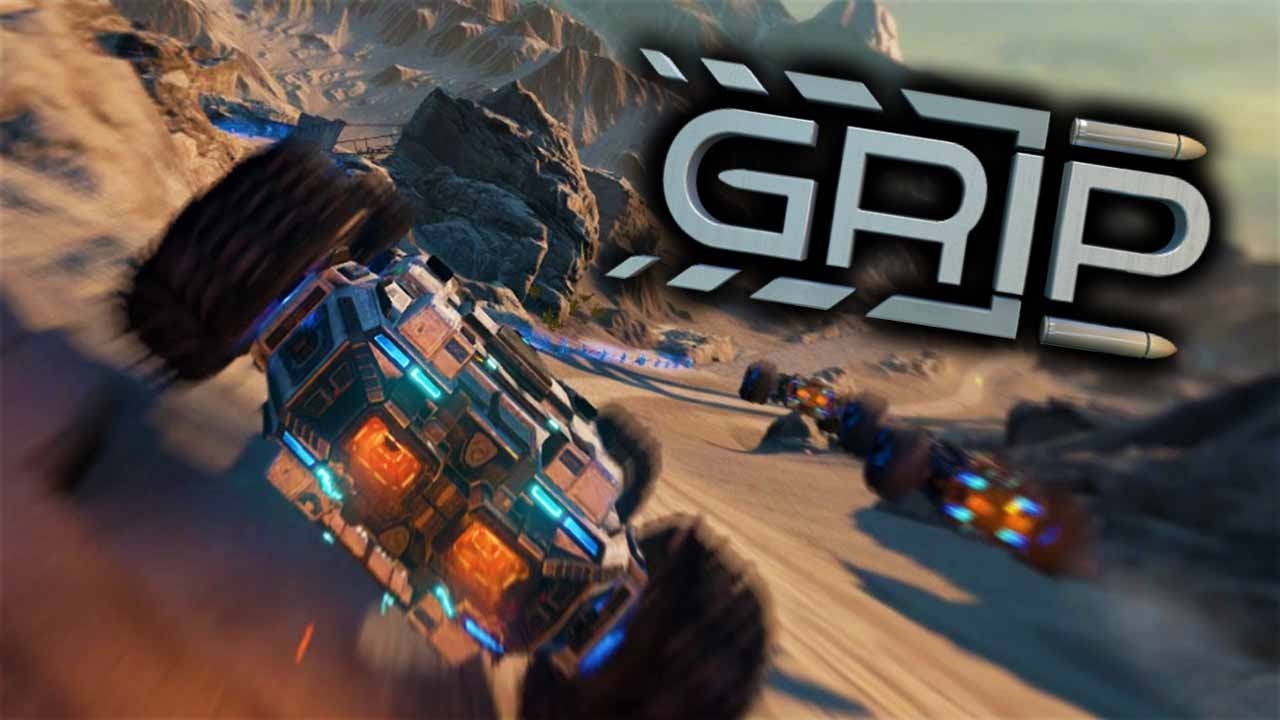 Developer Caged Element revealed that the upcoming console release of their futuristic racing title, GRIP: Combat Racing will be available in a limited physical Collector’s Edition exclusively though GAMESTOP in the United States. After inquiring with their public relations people we can confirm that the Collector’s Edition will be available through EB Games in Canada.

Those who purchase the physical Collector’s Edition will receive the game’s soundtrack in 3 formats – CD, Vinyl and MP3 download, a set of art prints, a USB thumb-drive, a set of decals and exclusive DLC.

GRIP: Combat Racing is very clearly inspired by the fast paced anti-gravity racers from the mid to late 90s that graced the home consoles of the time. The developers cite the 1999 game Rollcage by Attention to Detail – which I can certainly see in the car designs. Fast cars gripping to the curved surfaces of futuristic racing courses also reminds me of the “Xtreme-G” series from the long defunct ACLAIM studios. Vehicle design and anti-gravity mechanics aren’t the only 1990s inspired features: the final release will also include 22 courses and more importantly – four player split screen!

GRIP’s complete soundtrack will include 24 tracks but the following 11 tracks have been licensed for use in the game:

GRIP: Combat Racing will be released on Xbox One, PlayStation 4, Nintendo Switch and Windows PC on November 6th.