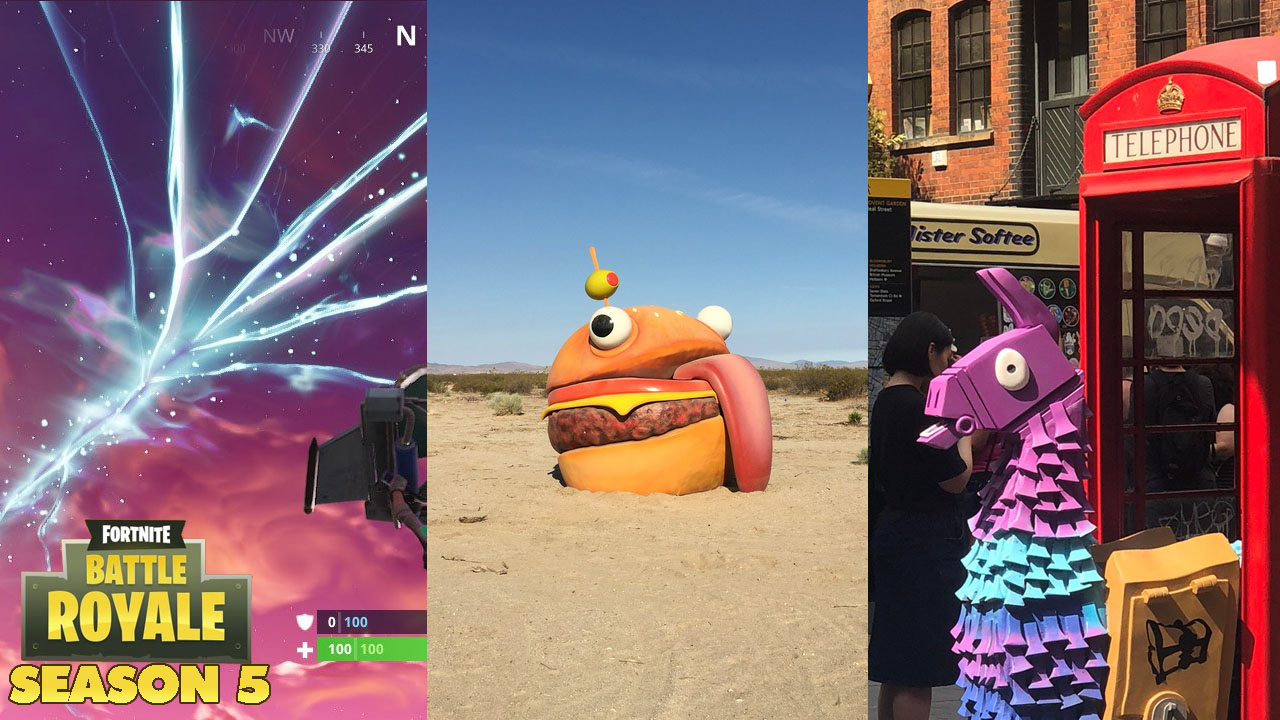 Fortnite’s Battle Royal community is buzzing with anticipation for the beginning of the game’s fifth season – all of this excitement has so far been capped off with an alternate reality game (ARG) that has seen recognizable in-game items leap into the real world. With vortexes appearing the sky, large burger mascots now living in the desert and rocket launches going awry it can be hard to keep track of it all.

Here is a brief, chronological look at the major events that have occurred thus far, leading up to the start of Season 5:

Televisions across the Fortnite Battle Royale map were counting down to … something. As the days ticked away to become hours and minutes players could hear a distinct sound in the skies above. Last Monday, as players stopped killing each other in order to watch what all of the fuss was about, a rocket was launched into the skies. Sadly, things went sideways as the rocket exploded, opening up rifts in the skies above. One player took it upon themselves to kill all the other players in their match while they watched the rocket ascend into the skies – setting a new multi kill record for the game.

This past weekend Players noticed that the burg chain’s mascot found in Greasy Grove was missing, possibly sucked into the rift never to be seen again. Los Angeles area photographer and twitter user @Sekashiloni found the burger in the California Desert of all places. Accompanying the mascot were a police car from the world of Fortnite and a sign warning passers by about the dangers of dimensional rifts.

What…. is this… I’m in the middle of the desert why is this here??? pic.twitter.com/oTMiGc0Wno

Tues July 9th – Supply Llamas Show Up All Over Europe

Today’s development is even stranger than a large cartoon burger entering the real world – Supply Llamas, which contain building materials and weapons within Battle Royale have been found in multiple locations across Europe.  Confirmed locations for these rare drops include London, Cologne, Cannes and Warsaw. Photos of the Loot Llamas in these major cities are currently among the highest up-voted content to be found on the /r/FortniteBR sub reddit as of the time of publication. 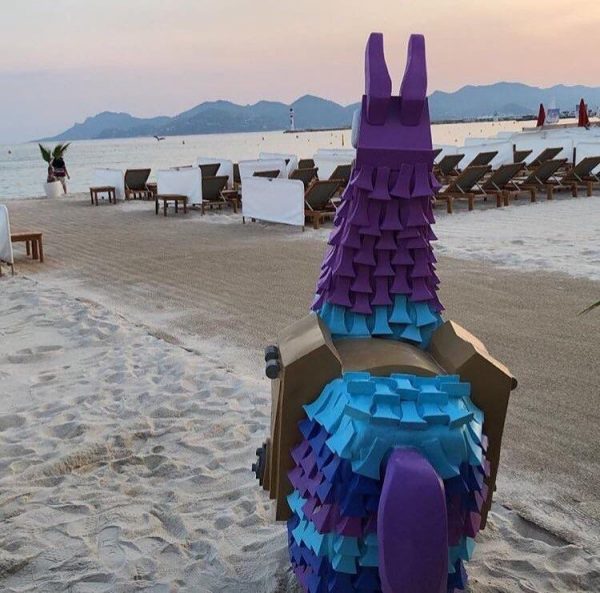 What does it all mean? Only Epic knows at this point in time. Many have speculated that the Battle Royale map will be radically changed when Season 5 launches on July 12th. Save The World – Fortnite’s P.V.E mode has had an official development roadmap revealed over the weekend that includes flintlock weapons and western themed heroes. Will the new Battle Royale map not only be based upon the real world but also history as well?