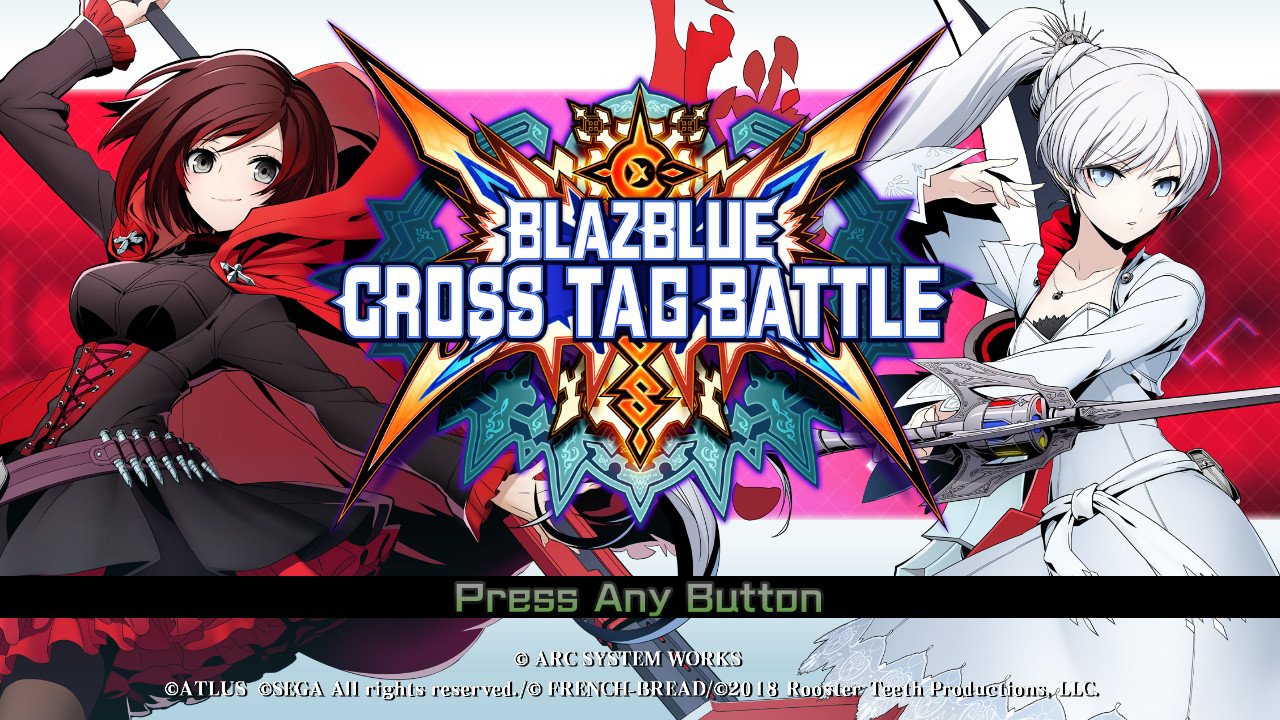 ARC Systemwork’s latest multiplatform fighting game is a dream matchup more than half a decade in the making as the cast of ARC’s Blazblue square off against the protagonists of Persona 4: Ultimax. Joining the fray as well are several fighters from Ecole Software’s Under Night: Rebirth series.  As if borrowing characters from the developer of Melty Blood wasn’t enough of a reason to be paying attention to Blazblue Cross Tag Team Battle, Team RWBY from Rooster Teeth’s multi-season animated action show join the cast to round out a roster that spans more than 40 characters. 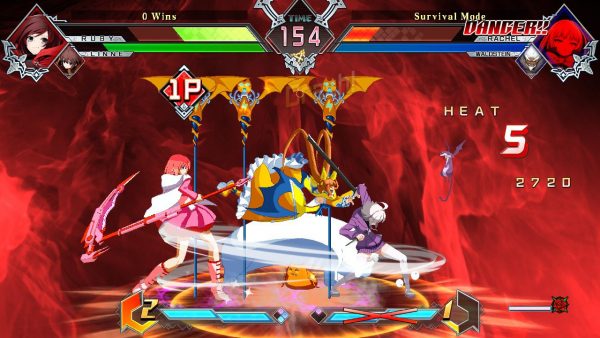 At its core Blazblue: Cross Tag Battle is a 2 Vs 2 fighting game that utilizes flashy finishers, character specific special moves, assists and timely character swaps, not unlike the Marvel Vs Capcom franchise. Merging together three existing fighting franchises (each well known for their signature mechanics) together and incorporating RBWY characters while making the whole package feel cohesive might sound like an impossible task. Rather than merge mechanics from Blazblue, Persona and Under Night franchises into the basic systems – ARC Systemwork’s decided to start with a simple easy to understand base and build from there. Characters (generally speaking) will share a common set of input commands for their special moves, counters and basic attacks. Blazblue Cross Tag Battle is also incredibly new player friendly thanks to the Auto Combo system – by simply pressing either the A or B buttons in succession (A + A +A or B + B +B for example) the game will perform preset combos for you. Similarly, Distortion Finishes and EX Moves also share a pool of input commands that make it approach to try out different team combinations without having to master all of the nuance first. Players looking to turn the tide in battle can also hold down the C button to launch a brand-new type of attack – the cross attack – where both team members jump on screen and hit their opponent for a good chunk of damage. All of these mechanics come together to form the basis of a fighting system that is extremely beginner friendly while still offering the depth and fighting game aficionados demand. 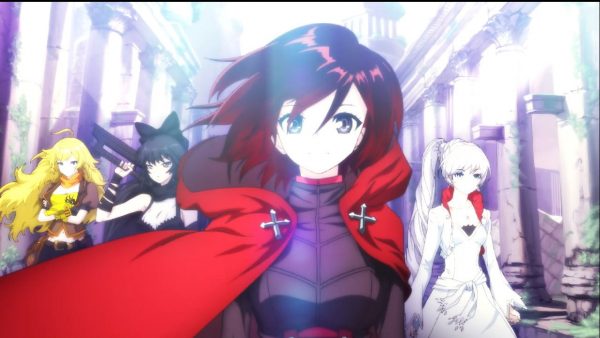 Where nuance starts to show is with the characters themselves rather than the base system. Each franchise has slightly unique gameplay alterations that change-up how they are played. Blazblue fighters handle pretty much identical to their their Central Fiction counterparts, so if you’ve played that title or any of the previous Blazblue games you should feel right at home with Ragna, Makoto, Noel and crew. Yukiko, Yue, Chie and the rest of the Persona crew are able to call their series’ iconic personality manifestations forward to aid them in battle. Persona’s generally come in for a second or two to deal damage but in one specific case heal your opponent. Unlike the Persona Summons in Ultimax, the ones in Cross Tag Battle can actually be destroyed. Unlike their colleagues, Under Night In Birth characters’ combos work a little differently than the others. Rather than using moves of the same type (A + A +A), Linne and company are able to freely swap between light, heavy and even sweep attacks while maintaining their combos.

Blazblue: Cross Tag Battle has a lot to offer folks like myself who prefer to play their fighting games offline. While yes, ranked online play is present and very much alive on Nintendo Switch, it was not the focus of my three weeks with the game. A four chapter long single player campaign is available right from the start. Not counting the prologue each one comes in at about an hour and a half – complete with visual novel style dialogue sections, animated portraits and fantastic voice work. Once you’ve mastered the single player campaign there’s also your standard VS mode with multiple difficulty levels (although adjustable difficulty levels being hidden in the options menu is a bit of a crime). Those looking for a more traditional arcade experience will probably enjoy the challenge of Survival Mode as it comes the closest to scratching that particular itch. Also of note is Cross Tag Battle’s training mode that doesn’t just include the basics than throw you to the wolves – advanced tactics, counters and nuance are taught in the later tutorials and anyone who wants to get serious about BBCTB should check it out. 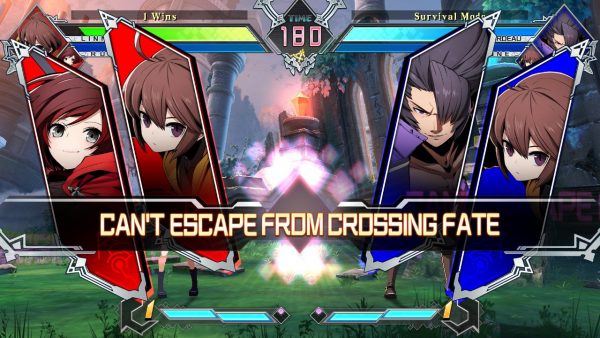 I’ve enjoyed my time with Blazblue Cross Tag Battle – everything from the sprite work to the remixed music tracks absolutely feel like they belong in their respective franchises. With well-known voice actors coming into reprise their characters – and the voice cast of RWBY joining in, the whole thing feels lovingly crafted. Mechanically speaking Cross Tag is very deep while still being approachable. I also felt like my time was respected as everything you do from online matches to training to just playing around in training earns you in-game currency which can be spent on unlocking alternate colors, customization character cards and concept art.