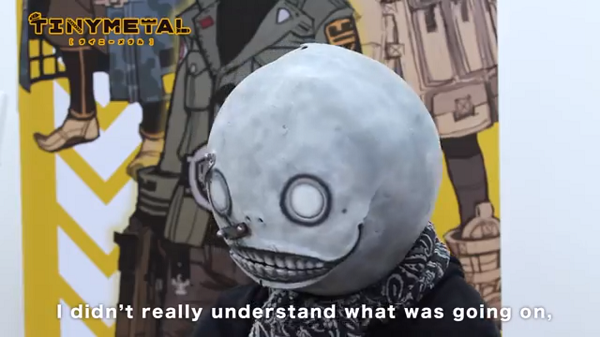 Get ready for the promotional crossover you didn’t know you needed in your life – Director of Nier: Automata Yoko Taro alongside the Director / Producer of the upcoming Tiny Metal Hiroki Yura, promoting the upcoming December 21st release of Tiny Metal on PS4, Nintendo Switch and PC.

It is clear from the get-go that Yoko Taro didn’t play more than 5 minutes of the tutorial, as he states as much several times throughout the 2-minute video. When asked to comment about the soundtrack, Taro unabashedly admits that he couldn’t really hear it during his brief gameplay session but promises that it must be amazing. To be honest, I’m not discouraged or even criticizing Yoko Taro here, this is exactly what I would expect from a crossover promotion featuring the director of Neir, and I love every second of it.

Tiny Metal takes cues from Nintendo’s long-abandoned Advanced Wars franchise and seems to be an unofficial spiritual successor to it. It was recently delayed from its intended late November release date to the upcoming December 21st release window.