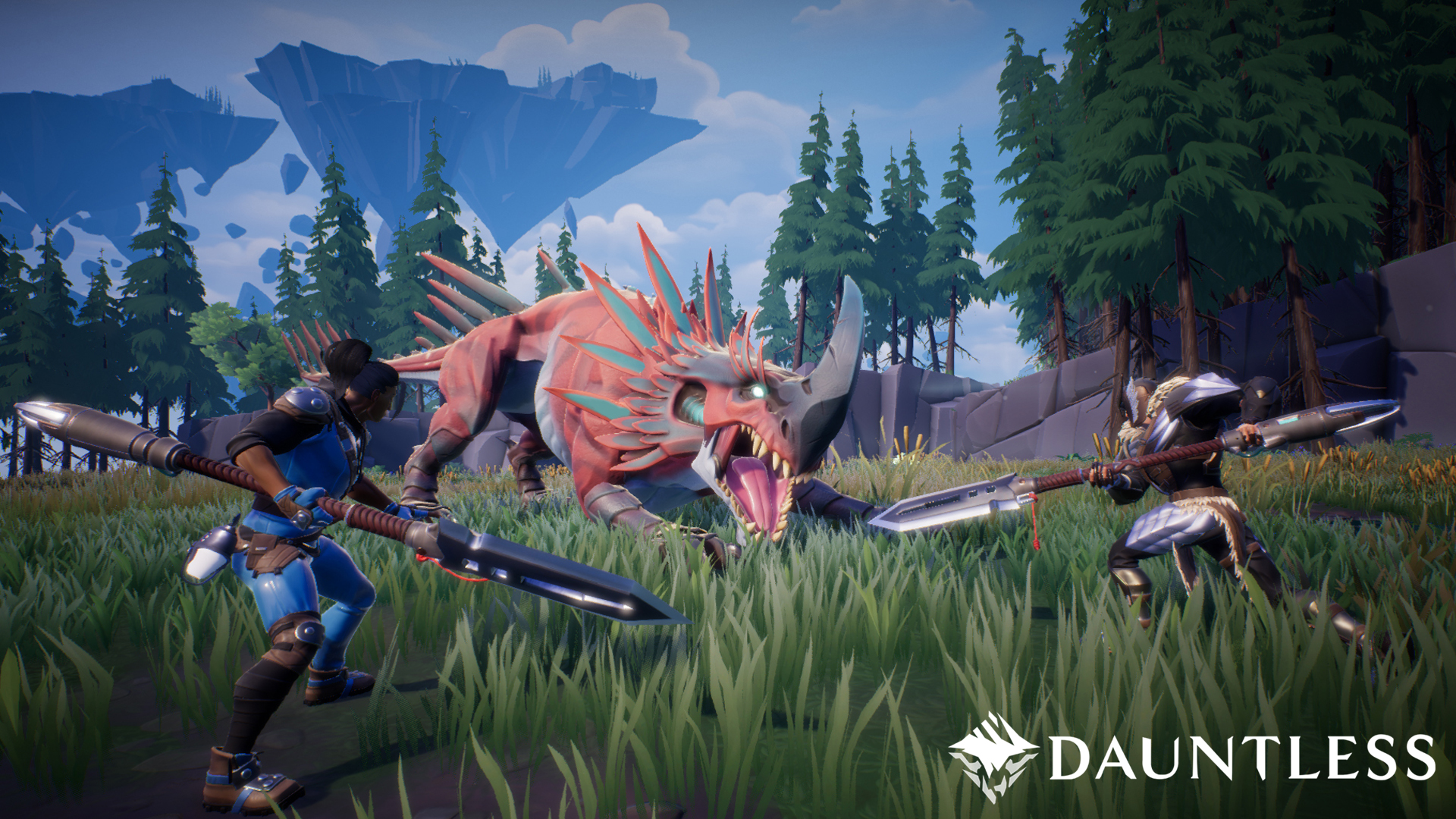 Dauntless is an early access online monster slaying, title not unlike Capcom’s own Monster Hunter, series that offers players the chance to take down larger than life enemies using a variety of different weapons.

The War Pike is a brand-new weapon type coming to the game with this December’s Sharpen Your Skills update. As a polearm the War Pike brings a bit of a difference in terms of gameplay mechanics for seasoned hunters out there who might be sued to the other four weapon classes. Instead of memorizing specific sets of inputs to maximize damage the War Pike allows players to chain basic and heavy attacks together for seamless interwoven combat. As slayers successfully land successive hits their special meter will fill, allowing them to pull off devastating finishing moves. Once a finishing move has been earned it can be stored as a “charge” for use later on, this is especially useful when playing as a party and coordinating strategy together.

Over on the official Dauntless blog you can read all about how the War Pike works, its role in group content and how it differs from the other four weapon types on offer.

Dauntless is currently in a paid closed beta available through random key give away or through a $39.99 USD “Founder’s Pack”. It is expected to enter open beta, and eventually fully supported free to play launch, sometime in 2018.