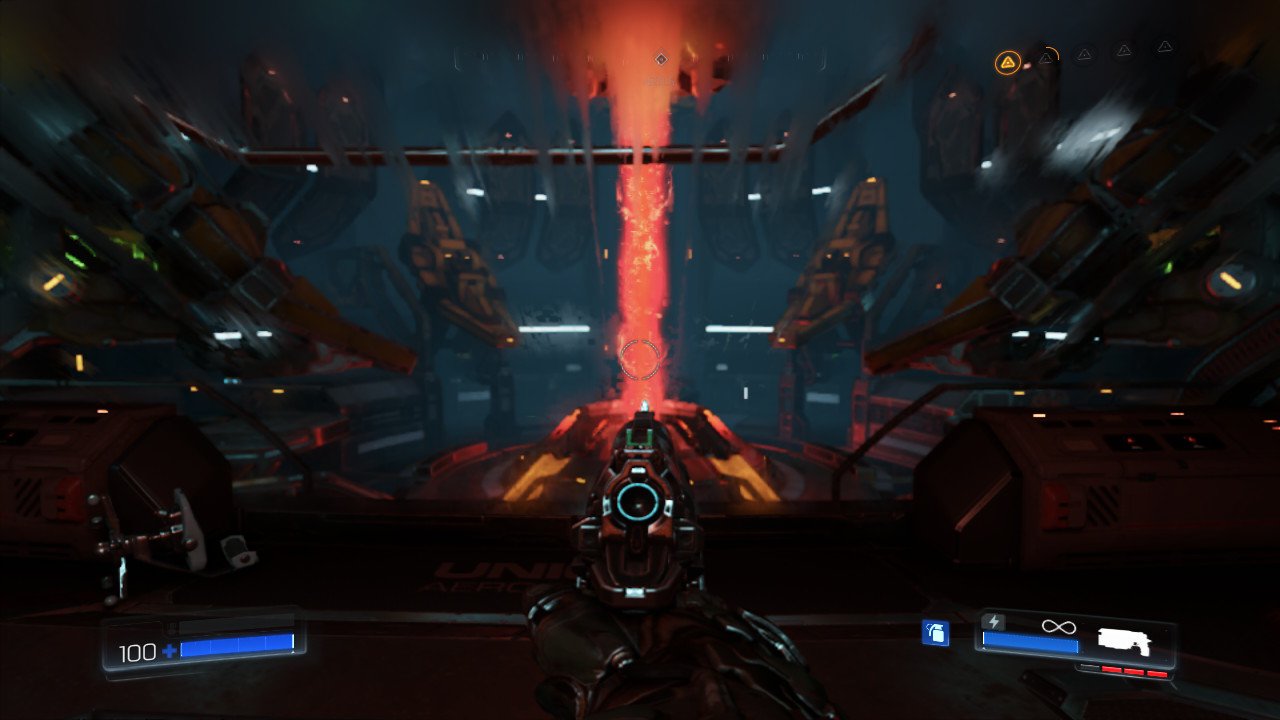 Over the past week I’ve been playing 2016’s DOOM on the Nintendo Switch and this game… just wow, what black magic did Bethesda use to make a game as visually striking and visceral work on Nintendo’s hybrid tablet?

Players new to this iteration of the classic FPS franchise will find themselves in the boots of the Doom Slayer, an unnamed marine who loves nothing more than ripping the limbs off of demons and splattering their guts across the floor. DOOM exists for two reasons: 1) to allow players to graphically murder countless demons in as comically over the top fashion as possible and 2) to provide the player with an assortment of deadly futuristic weapons that are each more devastating and implausible as the last. These two core tenants are true whether you’re playing the game’s introductory level or on the final boss. 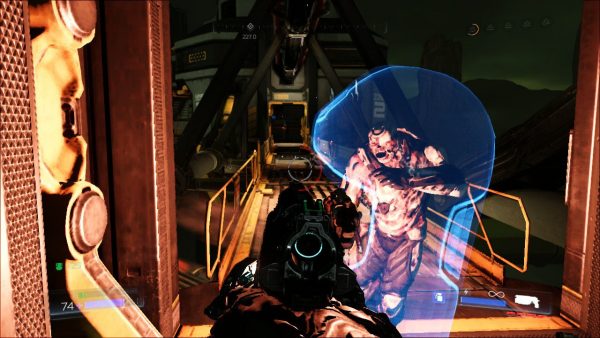 Overall I’ve played about five hours of DOOM on Switch and I’ve just returned from my first trip to Hell. As a repeat visitor to the lands of fire and brimstone, I have to say being able to be transported to DOOM’s hellscapes where ever I please – whether that’s on the bus or on the couch – proves just how viable the Switch is for First Person Shooters, a genre that up until now has gone unrepresented on Nintendo’s hot new platform. 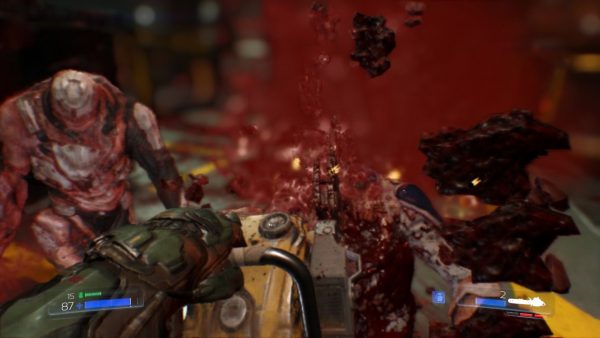 Yes, graphically DOOM’s portable iteration is a visual downgrade from its PC based sibling (which I adored and reviewed last year) but when seeing it in motion none of that really matters. Halving of the frame rate from 60 fps to a mostly locked 30 and lowering the resolution of some environment textures to accommodate the Nintendo Switch’s 4GB of RAM does little to hamper the visual quality of this port of DOOM. For the most part, the framerate remains rock solid during heavy action scenes, effects like water running down windows and depth of field are faithfully recreated. Somehow, Panic Button got the full 12+ hour campaign on to Nintendo’s handheld and I’m glad for it. If you haven’t played through DOOM yet and own a Switch I’d highly recommend picking it up – it plays great either docked or in handheld mode.