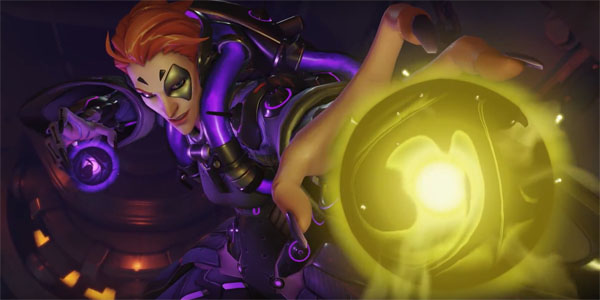 The latest ‘Hero’ to join the ranks of Overwatch’s roster is the Tallon geneticist Moira. Clad in purples and blacks this support hero uses her scientific knowledge to heal her allies and damage her foes, sometimes simultaneously. Needless to say, her reveal came as a complete surprise, unlike last year’s Sombra reveal, Jeff Kaplan got to keep Moira’s debut a complete secret until he could unveil her to millions of fans during the BlizzCon 2017 opening ceremonies.

She has a healing beam which is she uses to restore health on her allies using her left hand. A dark energy creeps out from her right hand, dealing damage to her foes and healing her and replenishing her ‘biotic energy’.  Biotic Orb is a rebounding projectile that damages any enemy it passes through and heals any friendlies it may come in contact with. Fade allows Moira to teleport a short distance, similar to Reaper’s Wraith Form. Finally, her ultimate, Coalescence, as her firing both her healing beam and damaging beam at the same time.

Here are the official descriptions of her kit from the Overwatch website:

BIOTIC ORB
Moira launches a rebounding biotic sphere; she can choose between a regeneration effect that heals the allies it passes through, or a decay effect that deals damage to enemies.

COALESCENCE
Moira channels a long-range beam that both heals allies and bypasses barriers to damage her enemies. 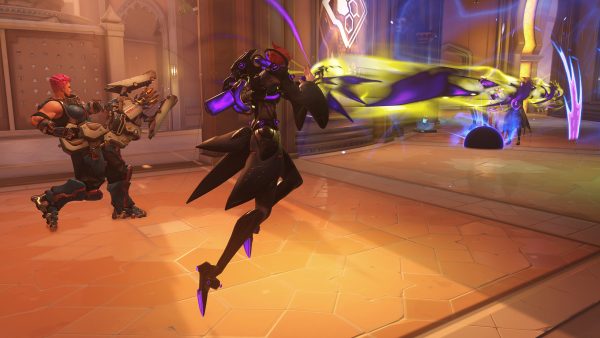 Moira is expected to be released on Overwatch’s Public Test Region sometime next week. For now, we’ll all have to watch the videos of her in action coming from the show floor.