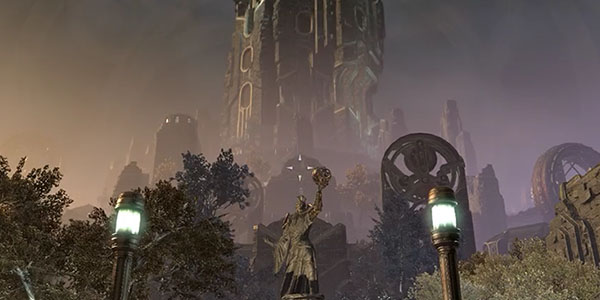 The Elder Scrolls Online’s latest DLC, Clockwork City, went live a little over a week and a half ago. Denizens of Tamriel have had a while to battle the imperfect, experience the storyline of the Tarnished and the Clockwork Apostles but very few have probably played alongside Creative Director Rich Lambert and Zone Lead Greg Roth. Both of them joined me on a development version of Clockwork City just prior to launch to answer my questions about what awaited players in Clockwork City, what inspired the absolutely amazing art style and answer a few questions about the technical challenges that the team had to overcome to bring The Clockwork City to life.

ESO Devs: A quick overview of what Update 16/ Clockwork City is: For players, it’s the Clockwork City release (obviously!). Clockwork City is about the same size as the Thieves Guild or Dark Brotherhood. There is solo content in here [Clockwork City], there’s group content in this with the new trial we’re putting in. There is also a new game mode for the PVPers called “Crazy King” and we have some base game updates in here as well. We also have a bunch of major performance enhancements to reduce load times and increase frame-rates.

Broken Joysticks: Can you explain some of the system changes that will be introduced with Update 16 and the release of the Clockwork City DLC?

ESO Devs: We have what I’ll call “re-traiting”, which is how [this new feature] started. What the transmute system allows you to do is change the trait on your weapons and armor to any trait that you have already researched. It’s tied into crafting and you have to have already researched the trait, but it allows you to shorten the time for you to get that perfect piece of gear. That is certainly something we have heard from players – that it can be painful to get that perfect weapon or armor piece. 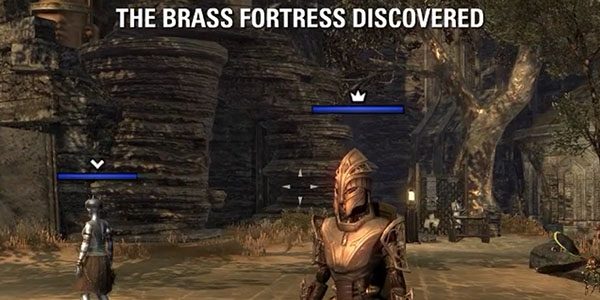 Discovering The Brass Fortress For The First Time

Broken Joysticks: How about the performance enhancements that you alluded to earlier?

ESO Devs: On the performance side of things there were two major things that the engineers specifically worked on: One was how we handle our animation memory and how we manage that and the other was how we render things in the world. More specifically how the “scene graph” works in the game world. The scene graph is a list of objects that have to be rendered and the order in which they are rendered in. Both of these put together resulted in significant reductions in load times and increase in framerates.

Broken Joysticks: I noticed during my play session I accidentally warped to one of the trials “Asylum Sanatorium” while exploring the map. What’s going on with this new trial?

ESO Devs: With the new trial it is a little bit different than what we have normally done. We built it in such a way that it’s kind of like a “Choose Your Own Adventure” or “choose your own difficulty”. You can choose the order in which you kill the bosses and this changes the difficulty of the fight and the order in which things play out. You can kill the mini-bosses first, and then it would be fairly easy or you can kill one of the bosses and then the final boss or rush to the final boss. [if you don’t kill the mini bosses] they work together in tandem to aid the final boss of the trial.

Broken Joysticks: Does the loot from Asylum Sanatorium change depending on the path that you chose with these bosses?

ESO Devs: It does! So, we have both a normal and veteran difficulty mode just like all of our dungeons. In normal you can get “imperfect gear” and on veteran, you can get “perfect gear”. If you do it “the hardest of the hard” you can get a polymorph that has been placed in a rune box that allows you to turn into a Factotum. 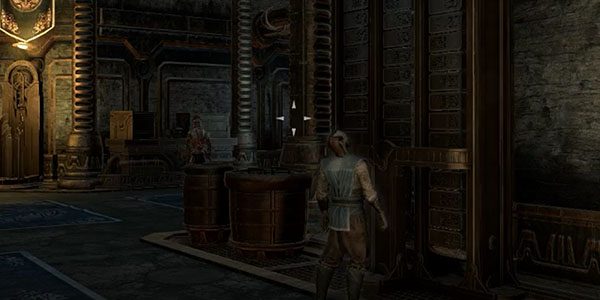 An NPC Admires One of The Steel Plated Books

Broken Joysticks: I love the overall aesthetic of the Clockwork City DLC that has been shown so far. It’s a lot different than anything else you’d find in Tamriel.

ESO Devs: Absolutely, it was so great to work on with our art team. We ran things past Bethesda and getting the aesthetic down was challenging, but I think we pulled it off really well.

Broken Joysticks: What inspired the direction that you ultimately went with for Clockwork City and what are some of the artistic features that players will notice the first time they visit?

ESO Devs: When we originally drew up the concept art for [Clockwork City] we had a lot of challenges trying to figure out how we’d make a world that is synthetic but not so alien that it was unrecognizable not just to The Elder Scrolls fans but fans of fantasy in general.  You’ll notice that the areas are fairly straightforward – there’s some rocks, trees, as you’d expect. As you get closer to objects you begin to realize that everything is made of stone and metal. This might look like a tree but the leaves are made out of metal foil and the bark is fiber metal material. Everything you see in The Clockwork City is a fabricated version of something you would see in the rest of Tamriel.