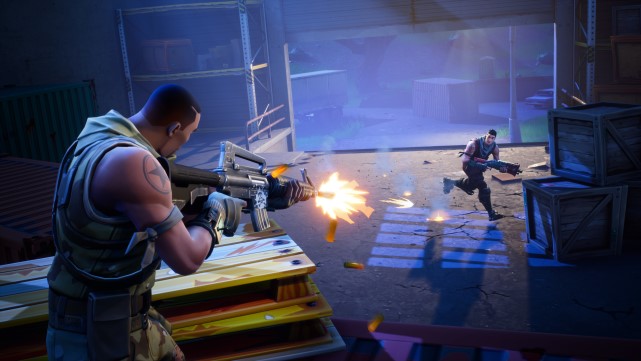 Epic Games has released a brand new patch for both Fortnite – Save The World and Fortnite – Battle Royale modes that bring the game up to version 1.7.1. Important additions in this patch include the Battle Eye anti-cheat system for PVP, player statistics for Battle Royale, an adjustment to both monster & hero damage in PVE and changes to the Horde Bash PVE special event.

Here is Epic Games’ description of their inclusion of Battle Eye:

“What are we doing about cheaters?

In this release, we’ve added a report button in-game which will allow players to swiftly report cheaters. What’s more, we released a blog last week detailing our current and future anti-cheat plans”

Horde Bash is a co-op multi-base defense mode where four players party up to defend against ten waves of Husks. What is unique about Horde Bash is that each player has a prebuilt base and there is no resource collection on the map (unlike Survive The Storm from a few weeks back). One of the problems with the new mode has been that players of all levels are required to unlock the difficulties one at a time. Matches could last upwards of an hour and many users complained that this slow progression for storm tickets was just not worth it.

In response, Epic Games has made it so that Tiers 1 through 3 of challenge mode will be unlocked by default. Also depending on where you are in campaign progression, you’ll unlock Horde Bash fights in different campaign zones.

The last large noteworthy addition in this patch is a general buff to Hero health and damage dealt alongside a smaller buff to Monster health as well. Extra damage & health for heroes will scale higher during end game content and high-level challenges – so this adjustment is aimed more so at players looking for the hardest content in the game rather than those just starting out.

Here’s an outline of the Hero changes for higher level play:

You can find the full patch notes here – they include small details like specific weapon buffs to PVP weapons and the fact that the bus at the begining of Battle Royale has had its speed increased by 30%.