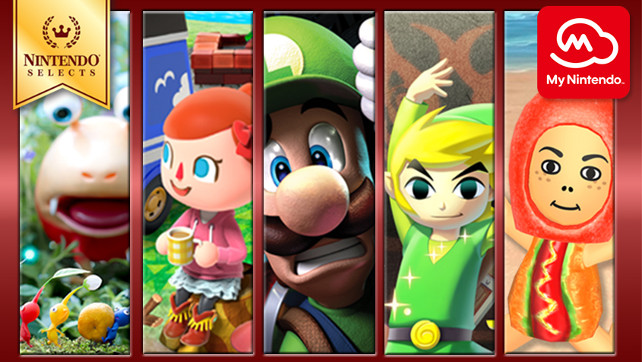 Nintendo has launched the list of My Nintendo rewards for the month of June and they are a little underwhelming. While I love the idea of rewarding loyal Nintendo fanboys with discounts, giving those discounts on already discounted Nintendo Selects titles isn’t really that appealing. Sure it’s always nice to get a discount but let’s be honest. Most of use likely already have some of these titles.

Additionally some of these discounts require spending gold coins, which one can only collect though purchases of digital content through the Nintendo eShop. Any of us who still primarily pick up physical copies of Nintendo’s AAA titles (like myself) won’t get any of these coins, leaving us out of these savings. You can read my thoughts on the cost of collecting gold coins here.

In the early days of My Nintendo there were some really worthwhile rewards, most of which required the redemption of Platinum coins. Those are the ones that you can get by logging into the Nintendo eShop and Miiverse weekly, and also by playing and completing quests in Nintendo’s mobile games. Playing these games, collecting platinum coins, and then spending these coins on mobile in-game rewards was satisfying. Wallpapers are also somewhat fun to redeem with these ‘free’ coins. Nintendo also released the Kid Icarus anime for the Nintendo 3DS as a My Nintendo reward and they even released a special My Nintendo The Legend of Zelda Picross game for 1,000 Platinum coins.

Where are these cool rewards? 15% off Animal Corssing: New Leaf – Welcome amiibo is cool and all, but I’ve had the game since it was released in 2013.

I hope that Nintendo steps up their ‘rewards’ for My Nintendo. I have thousands of Platinum coins, which keep expriring each month. Please, Nintendo – give me something to spend them on.

Take a look at the below My Nintendo rewards for June.

You can also redeem points to get a cool Mario Kart 8 Deluxe digital wallpaper featuring Link for your smartphone or PC.