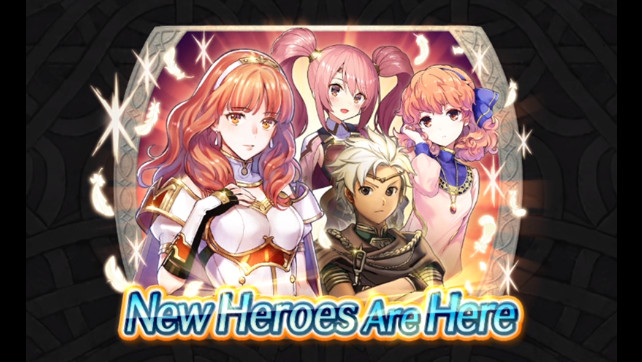 The Fire Emblem Echoes: Shadows of Valentia characters being added are Celica, Mae, Boey, and Genny. Story maps: Rite of Shadows as well as limited-time special quests featuring these heroes are also available.

These heroes are available right now and will be available to summon thru May 30th, 2017 at 2:59am. Fire Emblem Echoes: Shadows of Valentia of course will be released for the Nintendo 3DS later this week.

Check out the launch video for the new heroes of the game.