Adventurers in Final Fantasy XIV: Stormblood will soon set sail for the land of Doma and Ala Mhigo. Before they set foot in these new areas it is best to make sure that one’s PC is up to the task. Both acting as a stress test for the upcoming expansion and a tease for keen-eyed players – offering a look at several unannounced job actions – the PC benchmark is a must download for any hardcore FFXIV player.

The official Final Fantasy XIV: Stormblood benchmark takes players through several different pre-configured scenes including a bustling Doman city, a large scale battle on the outskirts of Ala Mhigo, into the heart of the uprising and even one of the new primal fights.

Ninja’s get to ride giant toads:

[Gifs via this IMGUR album]

In addition to the release of the downloadable Benchmark a Letter To The Producer Live was held last week. The broadcast was in Japanese only but thankfully FFXIV Community Manager Matt Hilton was on hand to provide translations of the several player questions asked on the live stream. 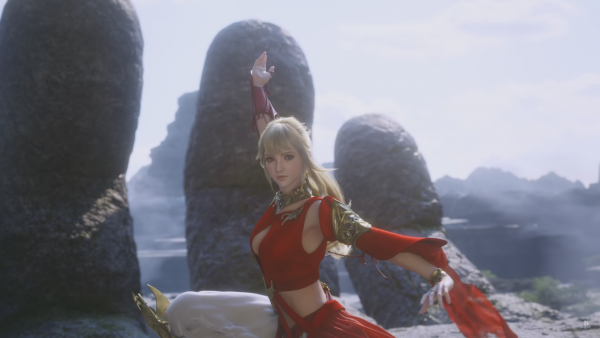 Regarding weather effects and aesthetic differences between A Realm Reborn, Heavansward and Stormblood:

Q: Heavensward areas were different from ARR areas in how the light and shadow were applied. Will there be a different scheme for Stormblood areas as well? Please let us know if there are any unique weather conditions or times of day that are especially spectacular!

A: Once again, the biggest focus is in the contrast between light and shadow. Many small specifications were made regarding putting the visuals together; one such detail was “air”, such as clouds, mist, and fog. The Other areas and dungeons are themed around “the feeling of air”.

There are also newly implemented weather conditions, so we’d be happy if players would take a step back and enjoy the sunrise/sunset occasionally. 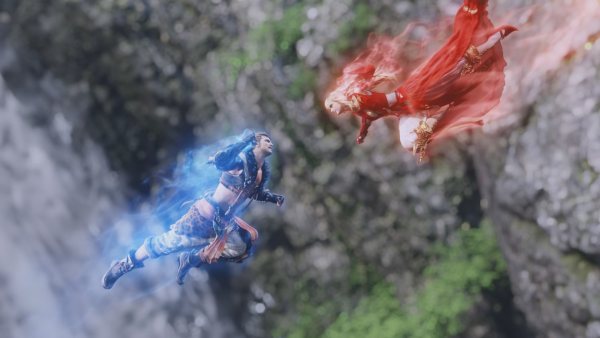 Players got the chance to ask if there will be new hairstyles in FFXIV: Stormblood:

Q: I believe there are lots of NPCs in the Doman area with Asian-themed hairstyles. Would players be able to use these hairstyles? I want a top knot!

A: There will be two new hairstyles, but there’s no top knot. If there’s a lot of request for it, we’ll consider it. 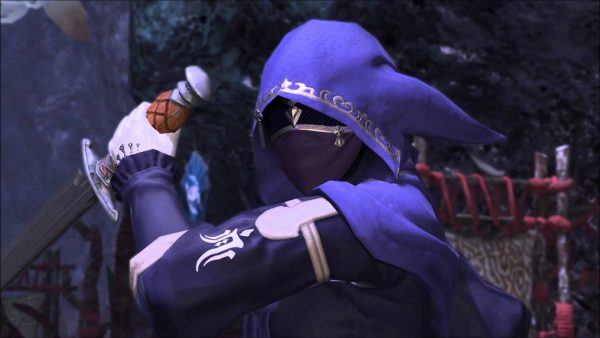 Here is what Yoshi P had to say about how gear progression and procurement will work in Stormblood in contrast to 3.0 and ARR:

Q: Will there be job-specific gear in Patch 4.0? If so, I would like to know how we obtain them.

In 3.0, players exchanged Allagan tomestones of esoterics to obtain their job-specific gear, but since they were job-specific, it was difficult to obtain them, and it also caused a situation where player item levels were not same when they hit level 60. We want everyone to look cool when they hit level 70, so we added a new system which offers a set of gear in a box, and players will be able to choose one. Additionally, I’m sure players will request this, so I just want to mention that once you take the gear out of the box, you won’t be able to put them back in. 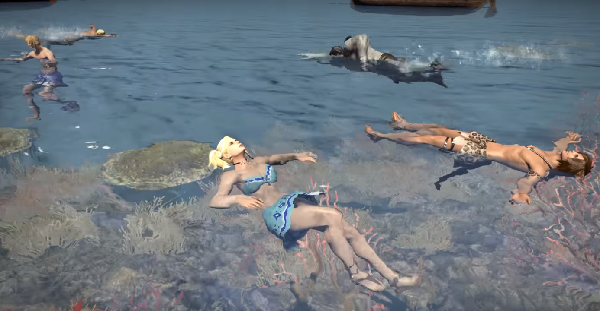 Final Fantasy XIV: Stormblood offers adventurers a number of new features beyond the two new areas. As with every expansion we’ll get new 24 person raids, new beast tribes, new side-quests, new light party dungeons and more. One of the biggest features being promoted currently is the ability to swim, gather under water and even dive deep with underwater mounts. Stormblood will be out on PS4, PS4 Pro and Windows PC on June 20th 2017. A number of bonus items are also being offered as an incentive for pre-ordering the expansion. New players who purchase Stormblood will also gain access to 2015’s Heavansward.