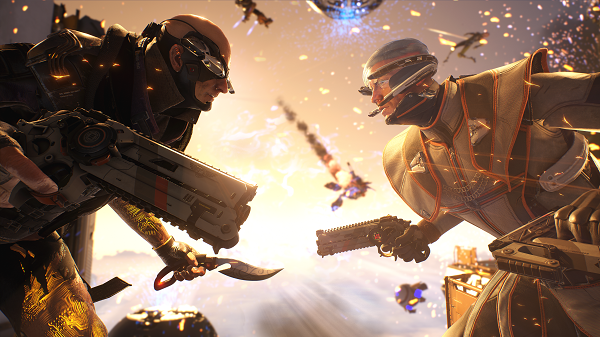 Lawbreakers, the brand new first person shooter from Cliff Bleszinski – the mind behind Gears of War – will have its first closed beta from March 16th thru the 19th.  Alongside the announcement of the closed beta and confirmation that Lawbreakers will be playable once again at PAX East.

If you are in Boston this coming weekend for PAX East Lawbreakers will be playable on the Expo floor thanks to the efforts of publisher Nexon at booth #13055.

In the latest Lawbreakers developer update – which you can view below – both CliffyB and Rohan Revas give viewers a tease about what is coming with the closed beta. They are very clear that this is not the same game that we enjoyed during the closed alpha last summer. In the many months since that time the developers have added new maps, new modes and possibly a new support class.

A new logo and tagline for Lawbreakers has also been released. Nexon is now using the tagline “Gravity – Defying – Combat” to promote the title.