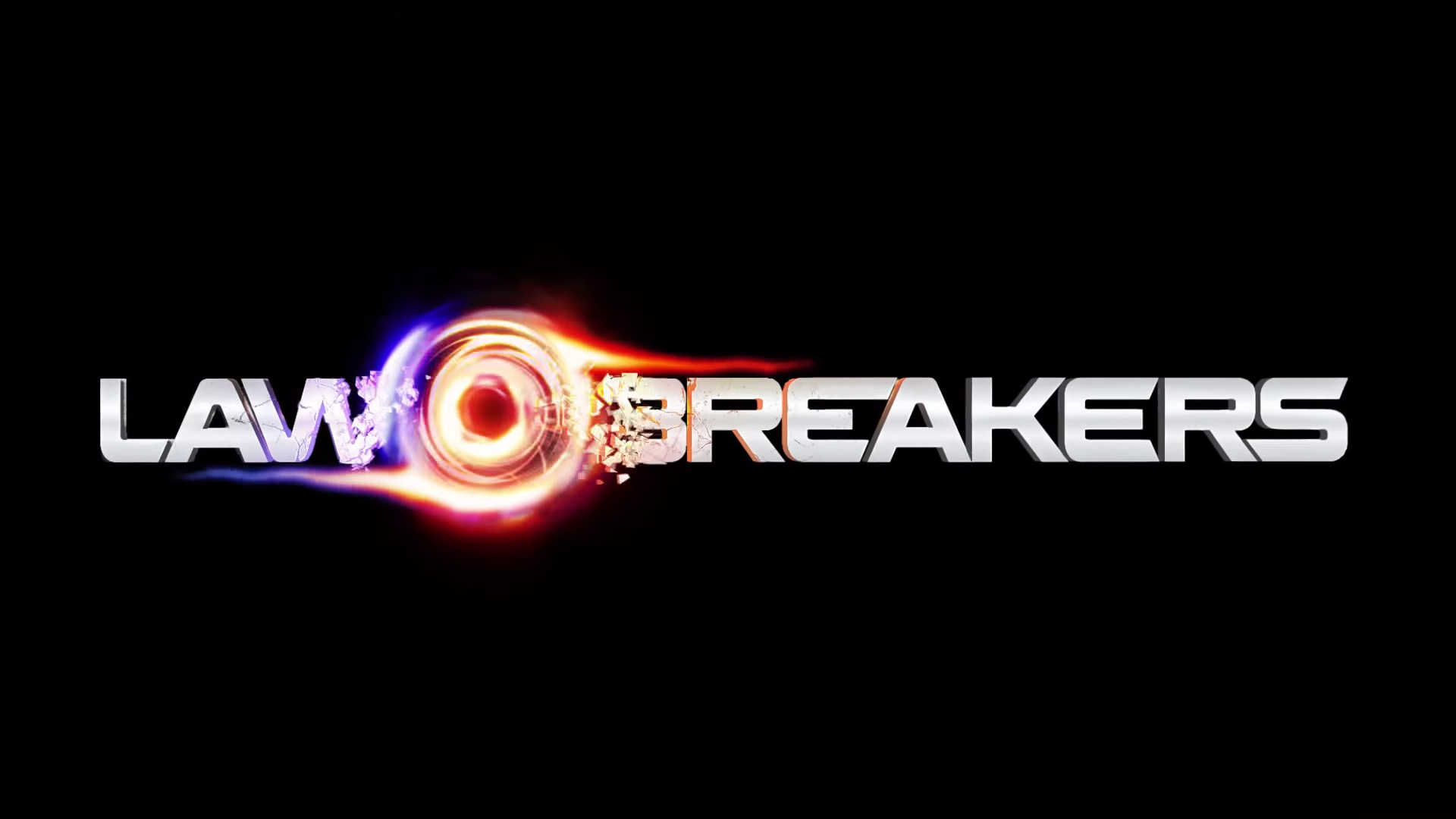 The man behind Microsoft’s chainsaw wielding Gears of War franchise, Cliff Bleszinski left Epic Games back in 2012 but he hasn’t been sitting idle in the subsequent four years. He’s formed a new studio, BossKey, and they brought an alpha version of their upcoming arena shooter Lawbreakers with them to Los Angeles last week. After playing several rounds of this in your face shooter at E3 with the development team and quite a few hours with the Friends & Family alpha at home, I’m here to tell you how CliffyB is about to come back in a big way!

Lawbreakers is a role-based first person shooter with a focus on vertical gameplay built using the Unreal 4 engine. Just like the other titles that ClifyB has had a hand in creating, the combat in this game is frantic, somewhat twitchy and gorier than most R rated movies.  The emphasis on verticality during combat isn’t just a bullet point on some press-release, it is essential to succeeding in Lawbreakers. During a match it isn’t uncommon to watch your foes & teammates swing across the map, jetpack around objectives and slam downard onto the ground in the middle of a pack of rivals. Freedom of movement and quick speed are core gameplay components to what sets Lawbreakers apart from other role-based shooters. 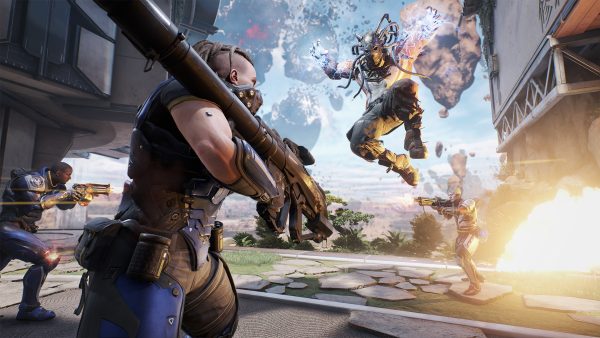 Players should be fully aware that CliffyB’s trademark ‘*%#$% you’ attitude is all over the world of Lawbreakers, and especially within the personalities of the characters.  The grey and brown pallets from Gears of War and other interactive experiences that Cliffy has had a say in are replaced with bright particle effects, colorful textures and wonderfully rendered explosions. I suppose there is a bit of juxtaposition between the bright graphics and watching your shaved head, rocket slinging character telling the competition that she is going to ‘fucking kill you all’.  The whole aesthetic package feels like that trademark rough attitude combined with brighter colors that we’ve seen from other role based shooters.

Each team in Lawbreakers is comprised of four separate roles, from which teams can mix & match and swap at any point upon death. Unlike a competing game like Overwatch role switching, at least based upon the several hours I have spent with the game, is more about finding roles that you are comfortable with rather than reacting to your opponent’s strategy.  Here is a brief rundown of all four available roles: 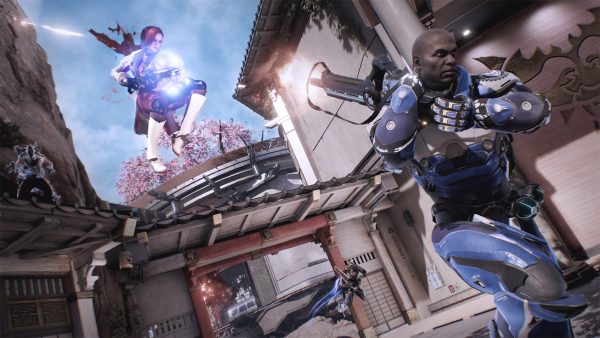 Assassins – Agile and able to swing long distances across the map, Assassins are able to deal damage using two sharpened blades and a powerful energy shotgun for up close encounters. The fast paced grappling hook can be used to not only to escape heavy firefights but also to pull yourself toward weakened foes to land the killing blow.

Enforcers – If you’re looking for a run and gun class perhaps you should consider the enforcers. They carry a standard issue assault rifle but for all that they lack in unique or powerful weapons they gain in support abilities. Enforcers are able to speed up time itself around friendly targets, they can also use an electromagnetic charge to disable opponents. An enforcer’s ultimate allow them to unleash a powerful rocket attack.

Titans – Best described as the “tankiest” role that Lawbreakers has to offer the Titans are all about taking as much punishment as possible and dishing out just as much pain in return. They are armed with both a chain lightning gun and a hammerhead rocket launcher to decimate their foes. A Titan’s ultimate unleashes a torrent of built-up electrical energy burning any enemies in their path.

Vanguards – Want to take to the skies? The Vanguard is the class for the aspiring pilots everywhere, with their jetpack allowing them to thrust forward at great speed towards the battle. In terms of armaments the Vanguards use a poweful chaingun as their primary weapon, with a hand-mounted pulse blast as their backup.  A Vanguard’s ultimate allows them to unleash a targeted mid range missile blast which is almost always a one hit kill. 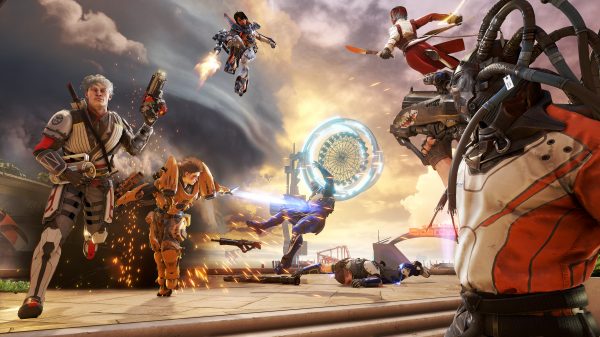 During E3 we played a brand new mode that tasked both teams with capturing control points that would randomly spawn around the map. The team that captured the most points out of a set of best of 3 would win the round, these control points really emphasized the frantic vertical nature of Lawbreaker‘s first person combat.  Another mode, Battery, was available during the Friends and Family alpha that was held over Steam this past weekend. Each of these modes allow players to think strategically and try out their favorite roles in different ways. Folks from Nexxon have assured us that Lawbreakers will not be a free-to-play title and will not be a $59.99 USD release – it will enter Early Access after several more alpha tests over the course of the summer.