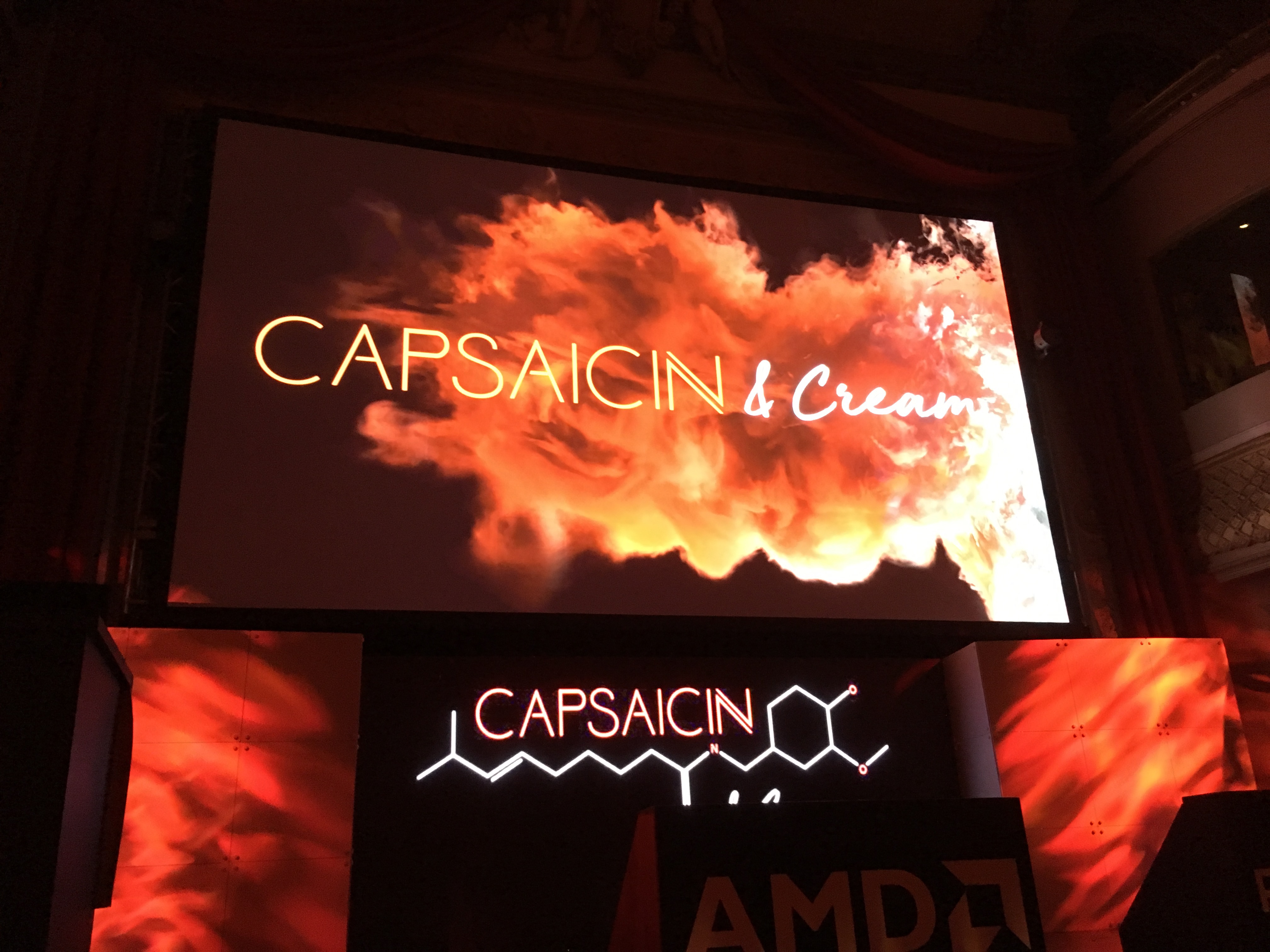 AMD held their second annual gathering of developers and press focusing on the company’s line-up for the coming year. The processor manufacturer, console architect and videocard producer invited Broken Joysticks to the event and we had a front row seat for all of the major announcements. While Advanced Microdevices did a little bit of reflecting on the successes of 2016, this latest showcase was really about their upcoming line of AMD Vega GPUs, brand new partnerships with developers and to a lesser extent the imminent launch of the Ryzen processor.

Chief architect of the Radeon Technologies took the stage as the primary presenter during the hour long conference. He reflected upon the release of the Radeon 480 this past June and that the eventual launch of the AMD new RX VEGA line of graphics card will put them into direct competition with offerings from rival GPU maker Nvidia. 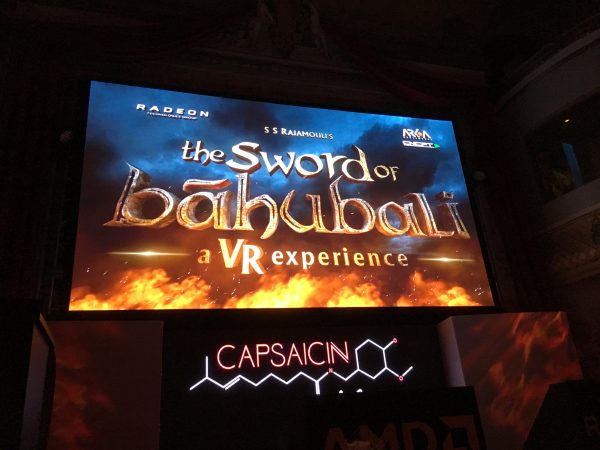 Virtual Reality was one of the primary focuses of AMD’s presentation with the photo-realistic characters of The Sword of Bahubali: A VR Experience wowing viewers both in the form of a pre-rendered concept trailer, an on stage presentation of the VR Experience running on a Ryzen + VEGA setup and the promise of a version that will be compatible with existing hardware to be released soon. The Bahubali VR Experience is still under development and it was briefly mentioned that the final product may require dual Radeon 480s just to be rendered in real-time on modern VR headsets.

During the development of AMD’s VEGA line of GPUs a large focus was placed on memory optimization. Using technologies like AMD’s High Bandwidth Cache Controller and New Geometry Pipeline developers can get the performance of today’s 4GB cards into as small of a footprint as 2GB. Smaller memory footprints will also allow VEGA to produce exceptional results even if a PC gamer has opted to skip the jump to the Ryzen line of processors. 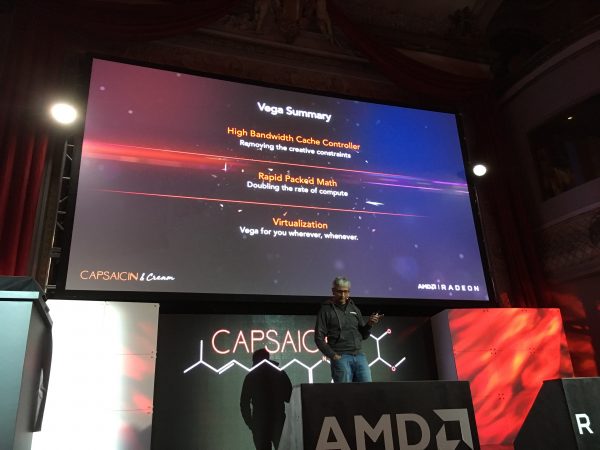 Speaking of optimized performance, a number of on stage demonstrations touting the power of the upcoming Ryzen + VEGA combo utilizing several different AAA releases. Developers from Rebellion took to the stage with the recently released Sniper Elite 4 showcasing the game running at 4K on a single Radeon 480 and a dual Radeon 480 set-up on a Ryzen rig. With a single 480 Sniper Elite 4 is able to push a stable 30 FPS while at 4K while the dual setup was able to maintain a mind-blowing 60 frames per second using AMD’s current flagship GPU. It makes one wonder just what the VEGA line of cards could achieve with titles like Sniper Elite 4.

Returning to Virtual – Reality folks from Steam took the stage to discuss the fact that the development version of the Steam VR Tracker, which allows developers to introduce real world objects into a virtual environment will launch for $99 USD and will be supported by AMD’s crimson drivers. We also got a look at four world exclusive VR experience reveals utilizing AMD hardware including an updated version of ROM: Extraction, an on-stage side by side demonstration of ROBO Recall and the first look at Sprint Vector – a VR focused endless runner. 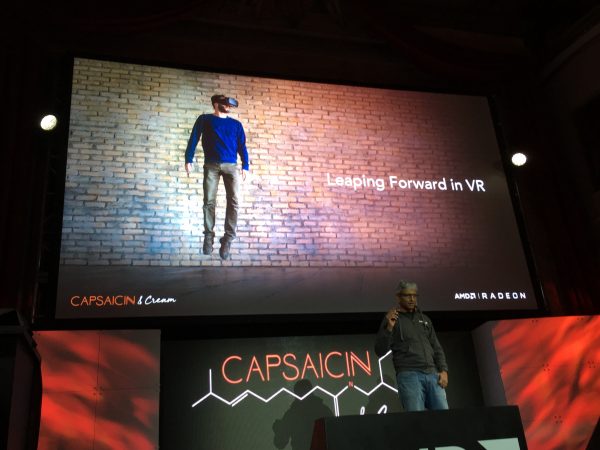 There was a lot to be excited about at AMD’s Capsaicin & Cream event yesterday – most notably the 4 VR experiences and demonstration of the VEGA graphics card line. While the demonstrations were certainly impressive and the promise of technologies like High Bandwidth Cache and Rapid Pack Math tantalizing, it would have nice to get some solid details on the pricing and general availability of RX VEGA – especially with Ryzen’s impending release just a few weeks away.