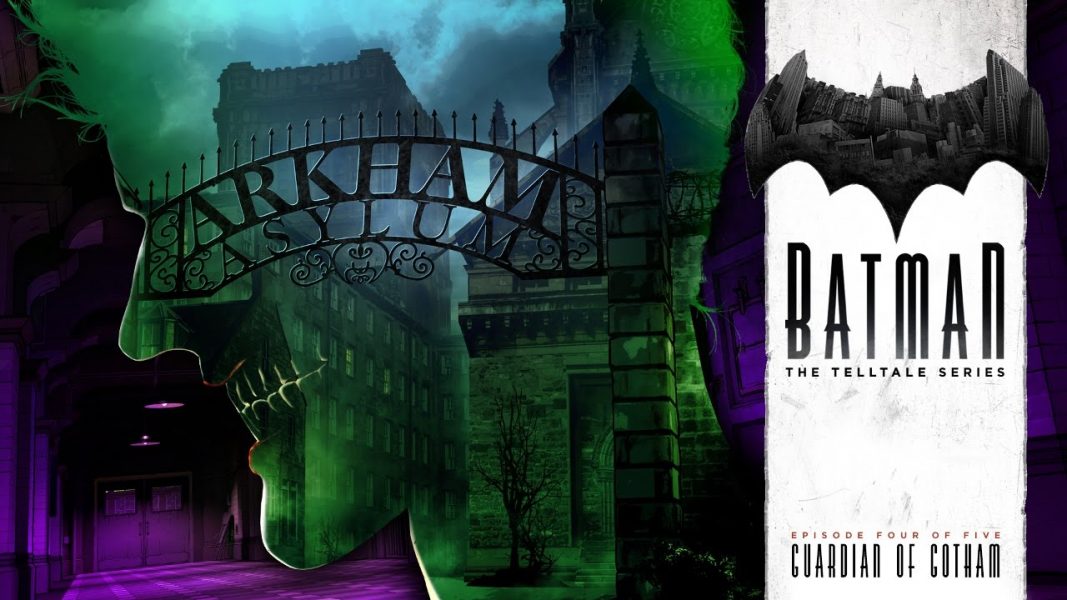 Batman continues its adventure with episode 4, titled Guardian of Gotham. Telltale has made some impressive and creative choices with their interpretation of Batman and its iconic characters and while this episode may not have the twists and turns of previous episodes, it still continues to intrigue and engage despite some technical setbacks. With a new game mechanic, new character added to the mix and the story being brought closer to its conclusion, can this episode lead up to a promising end for this story? Can this episode deliver another chilling chapter for the Batman? Let’s take a closer look.

After a startling conclusion, we begin this episode with Bruce in the infamous Arkham Asylum and he is proving to be the worse for wear. As it turns out, the facility is not exactly Disneyland and its orderlies and employees are not the most caring, understanding people.After some abuse from the employees and then being beaten two colorful patients, who comes to Bruce’s rescue but the clown prince himself, the Joker. While he is not “The Joker” in this episode, and simply John Doe, he still has his iconic green hair, white skin and wide grin. You have to chose to trust The Joker or not as he attempts to help you get out of your predicament and you can choose to take his help or get out on your own terms. This could mean causing a scene and making yourself look worse than you already do or putting others in danger to help yourself. Luckily Alfred is there to get you out of the hell you got yourself into and you can be on your way into getting your life back together. Unfortunately, there are a few hiccups.

An interesting addition to the game this episode were the effects Lady Arkham’s drugs have on you. During moments where the drugs are acting up, you may be given the choice to make a reasonable reply to a character during a dialogue, but what actually comes out of your mouth is uncharacteristically violent or angry. You have no control over what you say during these moments and it adds an element of tension in the game. I found myself verbally shouting  “That’s not what I meant at all!” when trying to talk to someone while the drugs were controlling me. Hopefully these responses won’t cause any long term effects on Bruce’s relationship with any of the characters. During all of this, you still need to investigate and figure out how Lady Arkham is transporting her drugs, what she plans on doing with them and how to stop her. You also need to try and control Harvey who is not on the best of terms with you and make sure the police are informed and make the best decisions. There is a lot on Batman’s plate and your choices could help or hinder him in his goal to get his life back from Cobblepot and Lady Arkham. 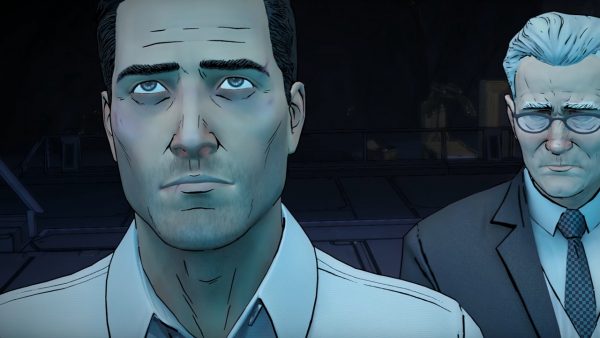 The only problem I had with this episode in particular were some technical issues. It was frustrating to see things like lag issues during certain points and even more frustrating when I experienced sound issues during a fight scene where there were no sound effects as tables were being hit and people were being thrown. If Telltale could have polished out these few issues, this episode would have been far more immersive. I will add, an element of the gameplay they added that I particularly enjoyed was a new small puzzle game where you had to match a chemical to your DNA to figure out a potential antidote for the drug,

Overall, this is a strong episode and has the potential to lead into a brilliant conclusion. If Telltale works on some of their technical setbacks, this could easily be one of their best stories to date. Only time will tell if this will end strong or end with a whimper.