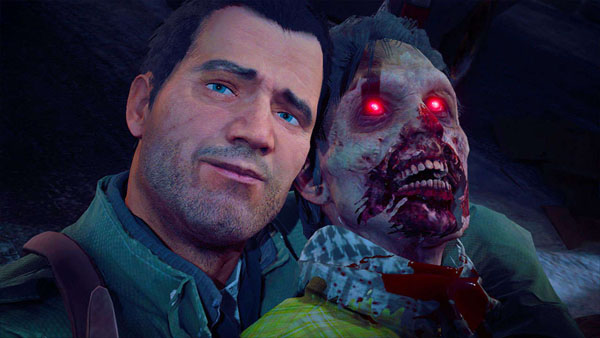 I’ve seen a lot of complaints online addressing the changes made to Dead Rising 4 and in some ways I get how hardcore fans must feel. I admit, Dead Rising 3 for me was an accomplishment. When I took down a psychopath, I felt powerful! Like somehow I’d beaten the odds and finished off a boss that I had no right clearing with my skills.

The fourth entry in the series is very much different, but I like it for being it’s own thing. I still remember fighting my way through those impossible odds and beating a difficult boss in the first Dead Rising. Then I ran out of time and had to start all over again, thankfully carrying my leveling up over to my next play through. Still, I’m pretty sure the bosses came back again. That impossible mountain that I’d climbed had returned. I don’t think you had to beat them during a playthrough, but it was just one of those things.

Much of that has changed. There is no time limit anymore. For many, that created quite an outcry. On the other hand, you have this large sandbox town with side quests to explore and collectables to discover. So Dead Rising 4 could be just the game you’re looking for. The problem many gamers have is that it’s different. It’s something they were used to and it’s been removed. Quite honestly, I’ve seen a similar response from some of my friends who are playing Pokémon Sun or Moon. Gyms have been swapped out in that series for trials now. It’s on the surface not that much of a difference, but even a smaller change that didn’t really alter gameplay that much frustrated some fans.

In Dead Rising 4, the changes are more significant. But it all depends on your perspective if they’re better or worse. It would take a lot of programming and possibly some balancing, but it’s a shame both styles of gameplay couldn’t have been included. There is something to be said about the more relaxed and explorative style of this latest release. Having it as a casual mode potentially would have been a way to please everyone.

For me and my friends, it’s actually a welcome change. Instead of having to backtrack through content over and over, you have a steady sense of progress in Dead Rising 4. I’m not about to run out of time and have to go back to the beginning. Instead I’m mowing down crowds of literally hundreds of zombies on screen at once and getting to take my time doing it. If I want to stay in one area and level up, that’s totally an option. I don’t need to worry about muscling my way through the story again.

On top of all that you have more inventory space and bosses do seem significantly easier. It’s either that or I’ve just been armed to the teeth when I’ve met up with some of them. If anything out of it all, maybe the bosses could be a bit tougher. I just finished the second case in the game and the boss I was fighting seemed to have many healing items scattered about. Don’t get me wrong, if I wasn’t paying attention and backing off from the fight I’m sure I could have gotten Frank totaled.

Is the game difficult? No, no really, at least not so far. Is the game fun? Well, yeah! I wish there were even more areas to go inside of out in the town, but there are interiors to explore. I haven’t even touched on multiplayer yet. So it may not be your usual Dead Rising, but it may be something different that you’ll really enjoy!

I feel like I’ve been saying that a lot this season. Call Of Duty: Infinite Warfare had the same sort of reception to some. Yes a lot of fans were angered by having to buy the remaster of Modern Warfare along with the new game. Others didn’t care for the sci-fi setting. Really I said the same thing for Infinite Warfare that I’m saying here, if it wasn’t a part of a series we wouldn’t be having this conversation. On their own rights, Dead Rising 4 and Infinite Warfare are awesome games that I love! I just feel bad for the fans that are dedicated to the franchises that were expecting something different. I’ve been there before too. I’d dreamed of NEW Super Mario Bros 2 being based on Super Mario Bros 2 USA which it wasn’t. I watched the Secret of Mana series change and evolve over time into something I didn’t really recognize anymore. I do understand where everyone is coming from.

If you want a zombie game with a holiday theme, tons of weapons you’re used to from the Dead Rising series, and a sandbox town to explore during an outbreak, you’ve got a great title here. I still remember on my gameplay stream having a friend in the chat comment about the Black Friday sale being out of control. Well, yeah, it even is Black Friday when the outbreak happened. So there are still banners for the sales hanging up in the mall.

I’m not hyping the game under any obligation. We do receive free review copies occasionally from publishers and Dead Rising 4 is one of those titles. That does not require us to give a positive review for a game. I honestly enjoy Dead Rising 4 and I hope you’ll give it a chance. Do your research and see what you think of the game. Maybe you’re not hardcore into the series and the concept of no time limit is a godsend to you! Well, have at it! This game is for you then!

Stay tuned for our full review of Dead Rising 4 in the coming days. I can tell you right now though that this is an enjoyable addition to the series.

Want to see more? Check out my hours of footage here: