Sony’s futuristic racing series WipeOut is making the jump to the PlayStation 4 despite the demise of founding studio Psygnosis over five years ago. WipeOut The Omega Collection isn’t a brand new entry in the series but sort of a “best of” from the decade or so.

Content from the PlayStation Vita launch title WipeOut 2048, ships & tracks from the PS3 collection WipeOut HD and finally stuff from WipeOut Fury will be included in the Omega Collection. In total this means that players will have access to 26 unique tracks (with some supporting mirrored versions), 46 unique ships and 9 discrete modes.

Here are the 9 modes according to the PlayStation Blog: 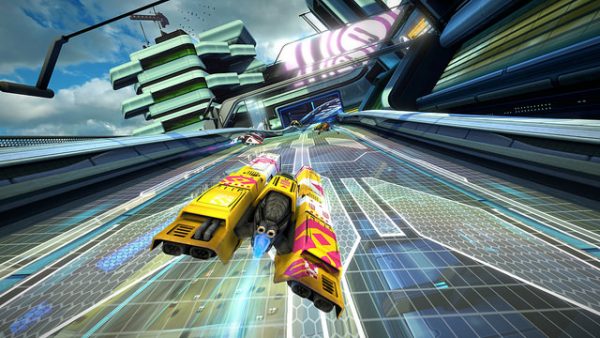 Returning players will be able to relive their memories of split-screen local multiplayer as this 90s racing stable retains its local multiplayer modes from previous iterations. Graphics in The Omega Collection are being re-tooled for 4K display and the title will have support for 4K displays as well. I loved 2048’s soundtrack and here’s hoping some of my favourite tunes are included with The Omega Collection’s brand new soundtrack. Sony is promising that we will hear some returning classics as well as new tracks from “today’s up & coming artists”.

WipeOut The Omega Collection will be released at some-point in 2017. More information is available on the PlayStation Blog, here’s hoping that this collection might signal Sony’s intention to continue to support the WipeOut franchise with a new entry in the future.