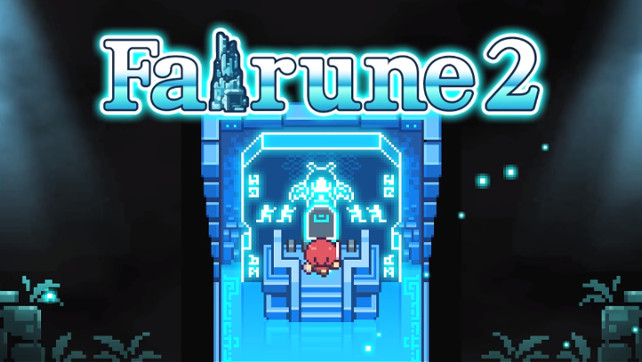 When I played Fairune just under two years ago I fell in love with the simple adventure RPG. Looking and feeling somewhat reminiscent of the early The Legend of Zelda games, the game was wide open and fun to play. Circle and developer Skipmore have followed up the game with the sequel Fairune 2 and have built a game that stays true to the success of the first one while also expanding into a much bigger game.

Fairune 2 is a game that is built on exploration. You’ll need to not only explore the various maps in the game, but also pay close attention to the surroundings. There will be many times in the game when you’ll suddenly find yourself lost without a clue what to do next. Where do you go? The game is built with such subtlety that if you’re just rushing through the game you can very easily overlook something pivotal to progressing in the game.

The overall quest through each of the worlds is to rescue several trapped faries, find as series of orbs or tablets, and invariably save the world. And while the progression of the game is very linear, the developers of Fairune 2 give you a false sense of freedom.

From the start you are free to go anywhere you want on the map, from what little area you are able to get to. There are monsters in each of the screens as you shift around the land, each of which will give you a sliver of experience to level up your character. With the game being an RPG of the action-adventure sort, there aren’t separate battle screens but instead the quick battles take place on the overworld. All you’ll need to do is run into a monster to fight it. You’ll take some damage and gain experience. Gain enough experience and you’ll level up. 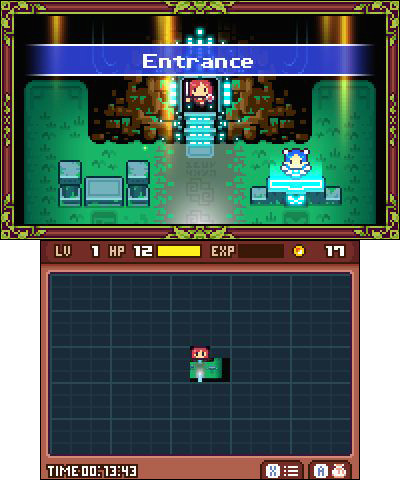 The way that the combat works is the same as the previous game and really lends itself to the feel of the game. You won’t need to worry about timing right and striking the monsters, nor do you have to worry about them trying to attack you. The monsters will leave you alone unless you strike first, and it will only take one hit. The menu of the game will suggest to you which enemy you are best suited to fight at your current level. This is the creature what will give you experience while also being weak enough to not hurt you too much. Should you choose to attack a stronger monster you may be able to defeat it, but it do a lot more damage to you in addition to the boost in experience. If you find a monster that is stronger than you but you can take down, and are near a healing spot this is a good place to do some grinding.

There are also points on the map where you can heal yourself.

I won’t go into any spoilers here but the game is much larger than the first one, if you played the original Fairune.

Like any good game of this sort, there are many places you can’t get to early in the game until you acquire certain items. Much like Link will need the hookshot or bombs to access some areas in Zelda, this game also has items which are necessary to reach certain areas. This makes a great use of the environments and also makes you look around more to find ways in. 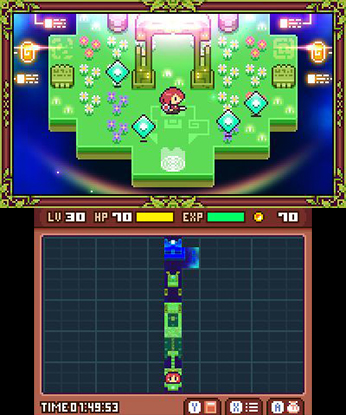 Looking around is crucial to the game, as I alluded to before.

Fairune 2 is packed with hidden areas and many of them are necessary to find in the game. Key items can be hidden in these places. This can leave you quite stuck at times, but if you really look close enough you can find them. Some of the hidden areas are walls you can walk through. While not obvious, the sprite on the map actually looks different to highlight this feature. At first glance it blends right in, but with a keen eye these become all too clear.

Fairune 2 is definitely a game that take patience. The gamplay is not hard by any stretch of the imagination, but you’ll need patience and definitely a keen eye. The game has a gorgeous 8-bit look and spirited and engaging soundtrack. Much like the original Fairune I thoroughly enjoyed Fairune 2 and can’t recommend it enough.