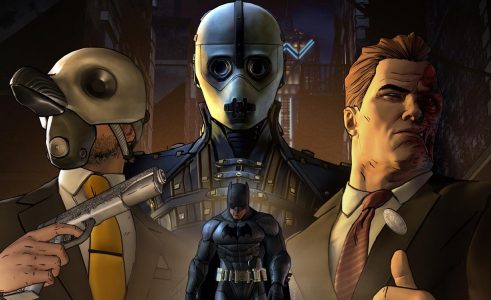 Previously, on Batman: A Telltale Series: we have seen the beginning of the fall of the Wayne empire and the rise of the Children of Arkham; we have seen Bruce love and lose (depending on your choices that is) and we have seen Batman kick around some criminals and investigate the mystery surrounding his and his family’s past. As this exciting story continues, what does Telltale have in store this episode? Will it continue to excite and intrigue? Let’s find out! 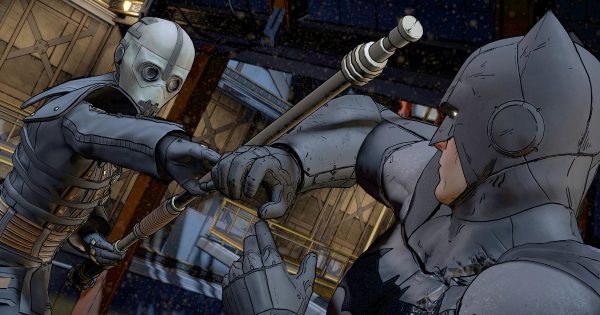 Picking up where the last episode left off, Harvey is in the hospital, and his physical and mental state are taking a toll. Telltale addresses Harvey’s mental illness competently to explain his duality and compulsion to flip coins in search of a true fair result that is left up to fate. The game addresses how mental illness can affect friends and loved ones by seeing Bruce and Selina’s reactions to Harvey’s episodes, which include pleas for him to see his therapist and continue his medication. The game also allows you to chose how to interact with Harvey and help him cope with his illness. While the accuracy of his disorder may be questionable, the emotions captured by those involved were well done and add complexity to the story and make your choices harder to make, Should you take sympathy on your friend who is ill, but has hurt you? Do you chose love over friendship? These are all addressed in the game.

This episode is full of intense decisions that need to be made and more twists and turns than ever. There is a definite feeling of helplessness as the story progresses and it appears Bruce’s world is crumbling beneath him. Thankfully, there are still some major players on his side that assist him in continuing his work as Batman. You must choose how much you reveal to the public about Cobblepot, how you react in the face of adversity of Wayne Industries asking for a new CEO and who you hurt or help along the way to restoring your reputation. 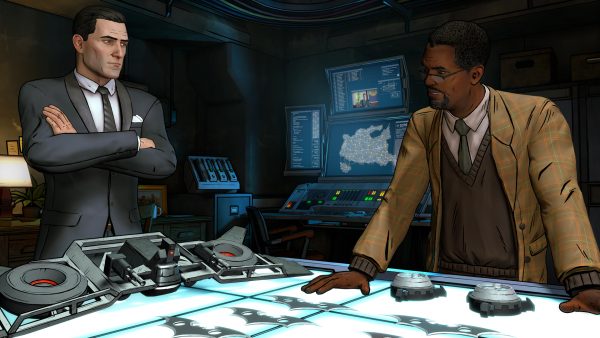 The gameplay has some improvements; there are more fast fights and investigations to be had and Lucius Fox makes an entrance and adds some new tech, which include sticky bombs that leave explosive results in a particular fight. He also brings some levity to a disastrous  situation with witty Banter while also giving us a touching moment with Bruce, showing us more insight into Bruce’s life that we don’t always get from a Batman story.

While the PS4 version of the game has some hiccups, such as slight issues with lips syncing with the voices and minor frame-rate drops, it is easy to look past due to its stylized, comic book design and strong plot. The fights are exciting, quick and reflexive and can get the blood pumping and the adrenaline rushing which is definitely a positive for an exciting comic book based game like this. While the action has had its improvements, it is still the story, dialogue and choices you will be coming back for more of than the fights and punches.

Overall, Telltale has done it again, with this episode being the best so far. The stakes are at it’s highest, the fights are exciting, the characters intriguing and it ends with a bang. If you have played the first two episodes, there is no reason not to continue. If you have not picked up the game and are looking to see if it would interest you, it is a strong addition to the Batman mythos for any fan. I am excited to see where Telltale leads the player next and what they have in store.