Rez Infinite is immensely difficult to review. It’s a daunting task, really. That’s not because the game’s bad, it’s not because I don’t have anything to say about it, to the contrary. It’s because I could talk about Rez for a lifetime and still not have said enough.

It shouldn’t come as a surprise that Tetsuya Mizuguchi is responsible for what may be the defining VR title of our time. In addition to Rez, he’s responsible for landmark games like Lumines and Space Channel 5, in addition to producing classics like Meteos and Every Extend Extra. Rez Infinite will define the best of PlayStation VR the way Child of Eden did for the Kinect.

Rez’s history is rich with talent on Mizuguchi’s level. After the development of Panzer Dragoon Saga in 1998, SEGA broke up the super talented Team Andromeda, whose members splintered off to Smilebit (Jet Set Radio), Polyphony Digital (Gran Turismo 2, 3, 4, Sport, etc), Artoon (Blue Dragon), and United Game Artists, the team ultimately responsible for the first Rez. Rez picked up where Panzer Dragoon left off – a gorgeous on-rails shooter with brilliant mechanics and sometimes blistering gameplay. What Rez did different was melding that style with pulsing EDM, seeking to inspire synesthesia within its players. 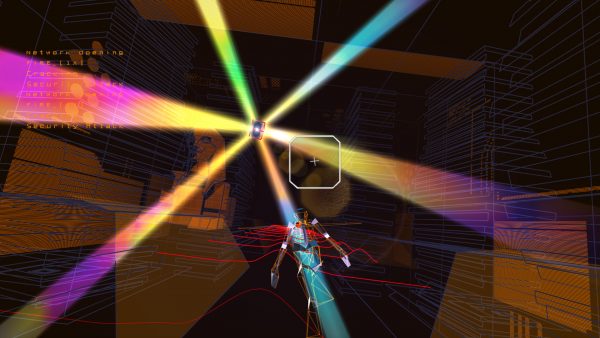 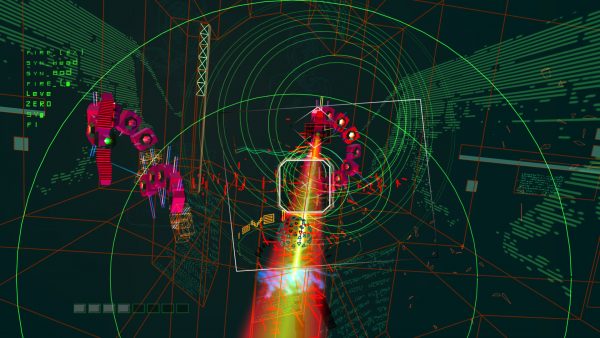 Rez’s original campaign, the story of a hacker diving into a super-advanced AI named Eden to save it from a viral invasion, returns with the same remastered music which accompanied it in Rez HD, along with gorgeous new graphics and VR support for the whole beast. VR support totally changes the way Rez plays. For the first time, players can aim quickly by looking at a virus, or even turn around to see what’s coming from behind. 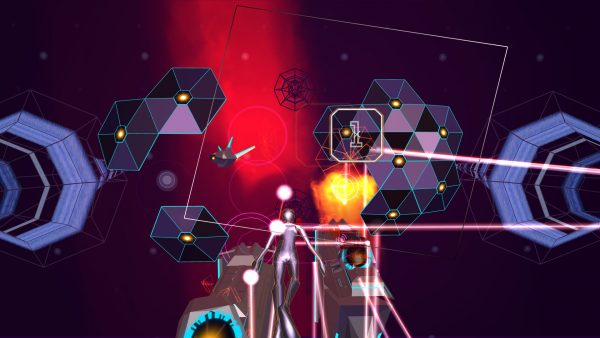 These new mechanics means bosses like Area 4’s Uranus feel totally different – it’s suddenly possible to turn around and see the gargantuan running body of Uranus behind you and take it down before it can get an advantage. Being surrounded by the digital machinations of Rez is at once overwhelming and a totally natural extension of the game’s original vision. 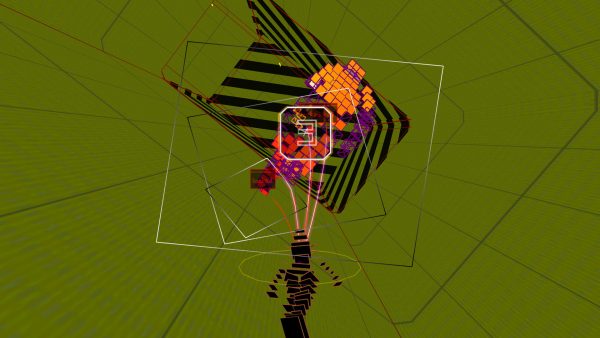 The original campaign isn’t alone, however. Mizuguchi has planted the seeds for a future with Infinite’s new Area X. Designed to take advantage of the PS4’s hardware, Area X is glittering, gorgeous, and designed first and foremost for VR. Area X is a beautifully rendered free-roaming journey through a world of cyber dragons, giant robots, floating cubes, and digital women. 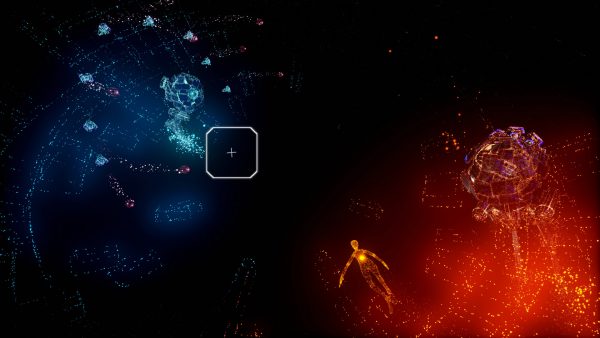 Combining the scope of the level’s design with the immersion of virtual reality and an array of buzzing controllers pulsing with the music (or an entire suit) is an experience unlike any other. There’s a sense of scale inside the headset that video simply can’t portray. The necessity of looking around to examine every corner of your surroundings pulls you into the experience. It left me emotional, breathless, and ready for more. 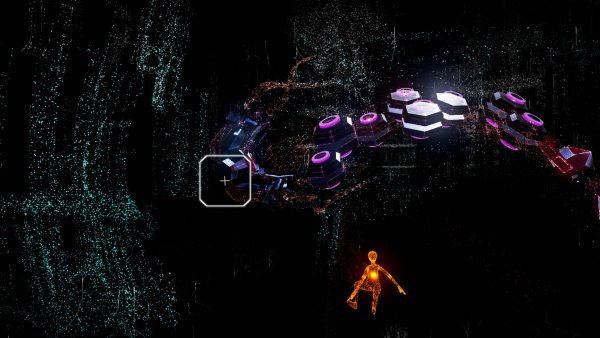 The experience offered by Rez Infinite is nearly indescribable. Mizuguchi has said that the promise of VR is what pulled him back into games. Rez in virtual reality is a masterpiece. It rips you out of your reality and places you firmly inside a screaming machine, overwhelming your senses with thumping music and gorgeous visuals. It’s one of a handful of PSVR launch titles that will likely shape the medium of virtual reality for years to come. It’s stunning how different a 15-year-old game can feel in virtual reality, and if Area X is a taste of what the future of Rez – indeed, the future of all VR – might look like, I’m all in.