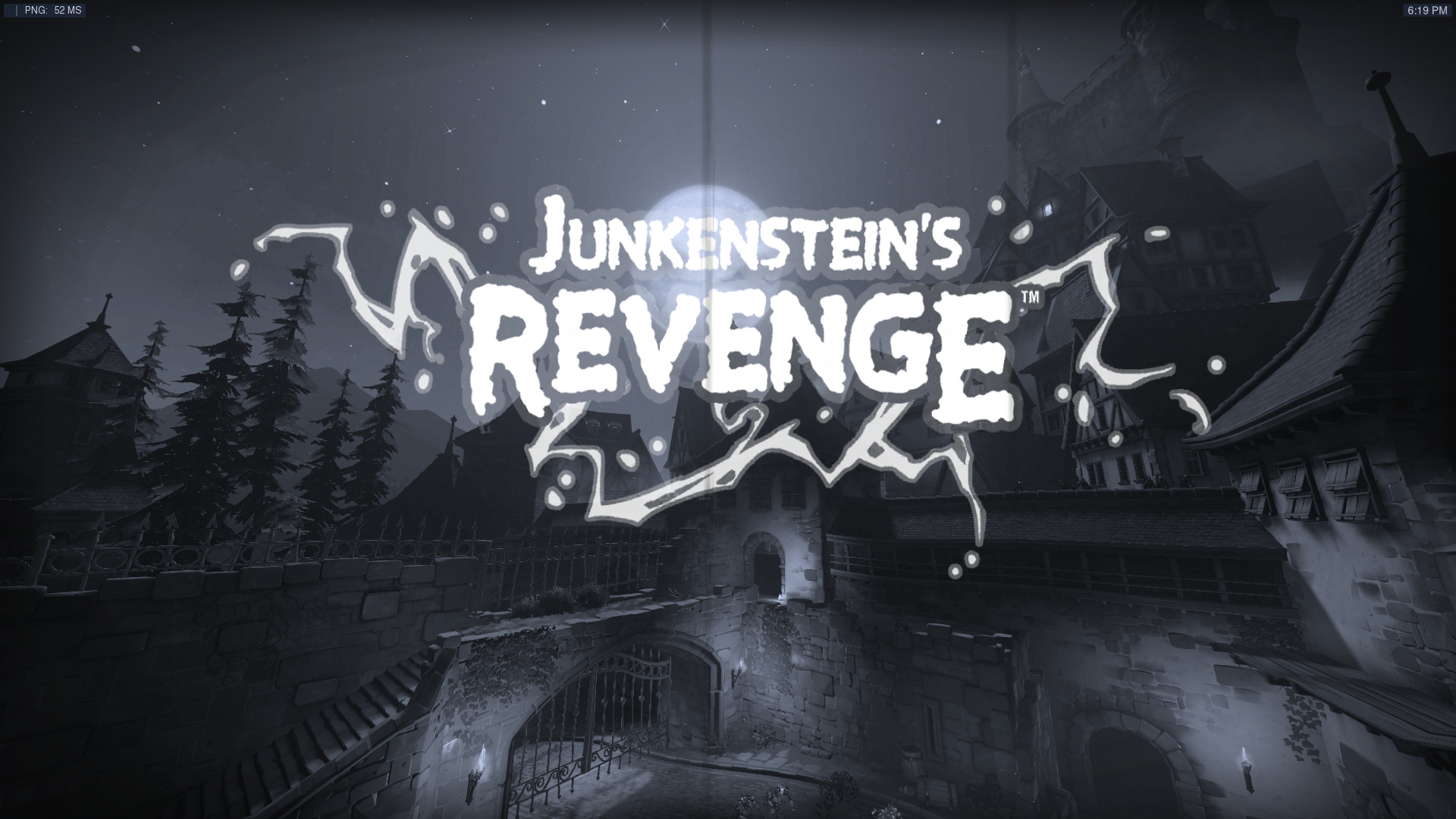 Blizzard released the first major Overwatch update since August’s summer games and not only does Junkenstein’s Revenge bring some pretty epic Halloween collectables to the game but it also shows that the game could use more story-driven PVE content, something the initial release of the game completely lacked. After putting in two complete evenings into the mode and securing several of the new loot boxes, I’d like to share some of my thoughts on Blizzard’s take on the popular horde mode.

This Halloween themed brawl takes inspiration from Mary Shelley’s Frankenstein and classic horror movies in order to transport a team of four players to a modified version of the Eichenwald castle. Team selection is limited to only four characters – McCree, Soldier 76, Hanzo and Anna – and the team has a simple objective: defend the castle gate from waves of monstrosities and zombified omnics. 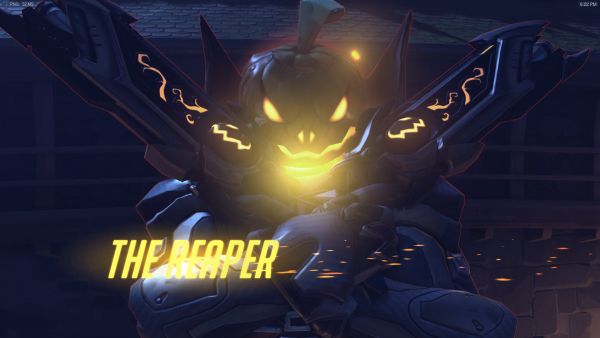 Each round of Junkenstein’s revenge only lasts about six to eight minutes but the adrenaline rush from defeating waves of helpless zombie omnics and the more powerful named foes is relentless and a lot more action focused than any other mode to be found within the game. While PVP games surely have their fare share of action packed skirmishes and close calls when it comes to defending points these are paced along with sprints to the objects after a respawn. The waves for this short Halloween brawl don’t really give the players much breathing room and this provides a fantastic arcade shooter experience against dozens of enemies that simply isn’t found within the base game.

Topping off this fantastic new experience is an excellent use of stylistic art choices, clever visual flair and a dynamic narration system that I didn’t know I needed in my life. Each Overwatch character featured in Junkenstein’s Revenge is cleverly remodeled / renamed after some sort of Halloween trope. Mercy is the absolutely jaw dropping Witch, Roadhog is Junkenstein’s Monster and of course Junkrat is the titular mad scientist… oh and all of these outfits are unlockable via the new Halloween loot boxes. Probably the coolest addition to this Brawl is the dynamic narration read by none other than Reinhardt. As the players destroy waves of enemies or slay the named monsters Reinhardt’s narration will change accordingly such as “the gunslingers bullet finally found its mark as he knocked down The Reaper”. Not only does it add some narrative context to an otherwise chaotic free for all but it gives the world of this brief experience a lot of character as well. 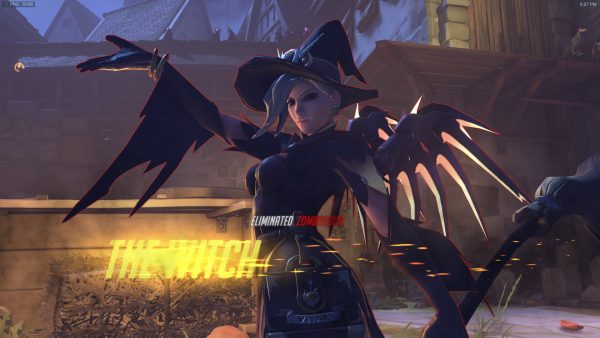 Like the Summer Games event there is a whole stash of in-game skins, sprays, voice-lines and portraits for players to unlock. Like the loot from the last event these are only available through limited time loot boxes but unlike August’s Olympic fair the legendary skins can be purchased with in-game coins. You won’t necessarily need to pull out your credit card to get that Witch Mercy skin but it will costs you more than a regular legendary – 3x in fact, the most expensive items are priced at 3,000 in-game credits. Price prohibitive? Absolutely but its better than simply locking the item behind the grind/paywall of RNG boxes.

Here are some of my favorite unlocks revealed thus far:

The Reaper Forms In The Darkness 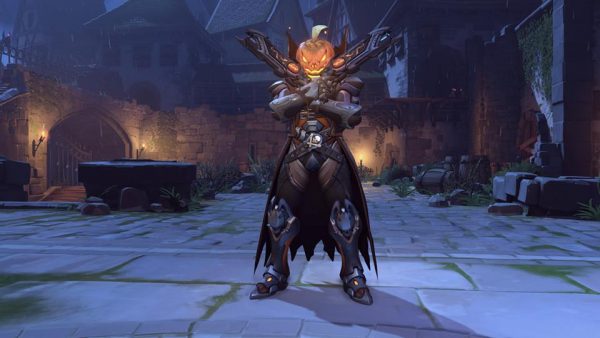 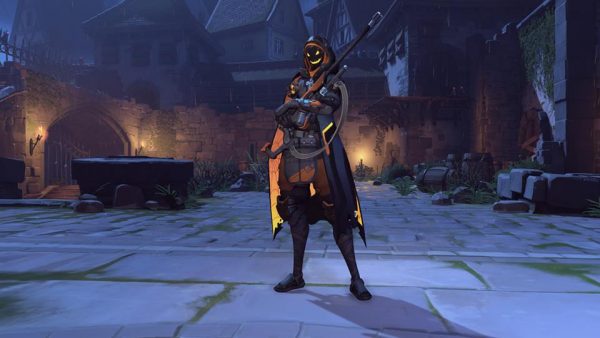 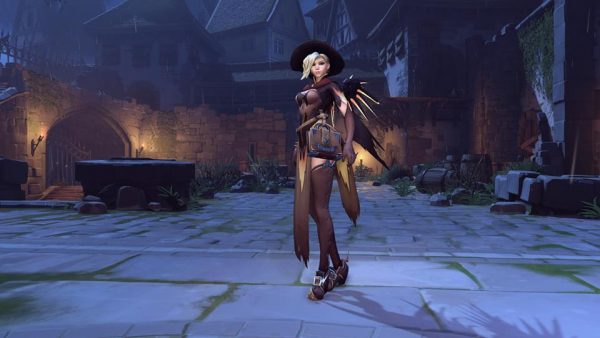 Undead Pharah Has A Cool Glow: 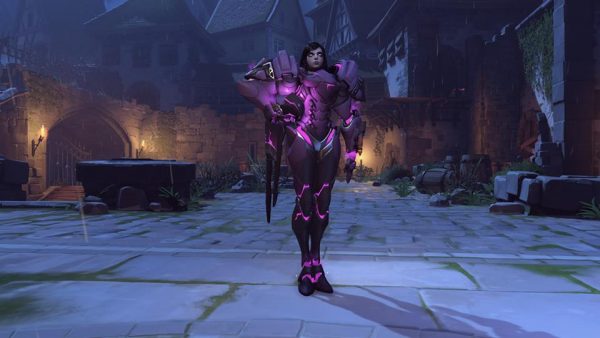 Junkrat Gets His PHD… IN EXPLOSIVES: 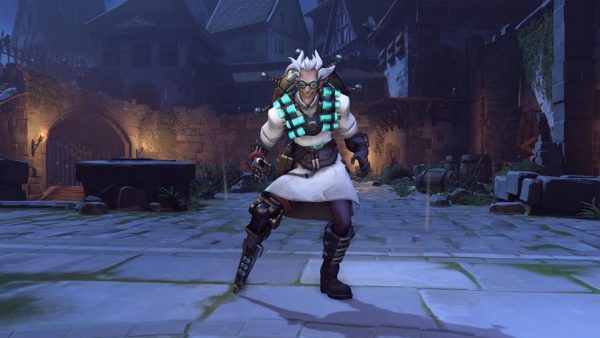 [Images via this IMGUR gallery, make sure to check it out for more awesome unlocks from the Halloween event!]