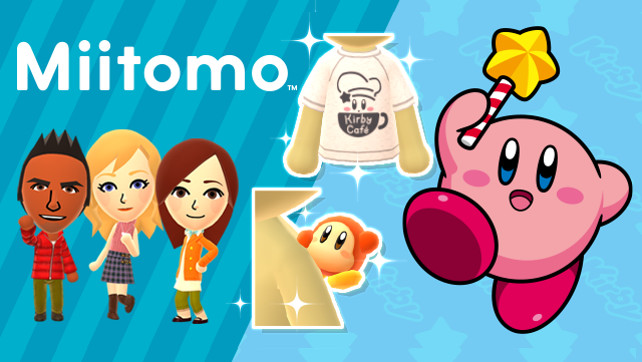 On September 15th Miitomo is going to get a little pink. And round.

Nintendo is launching Kirby inspired items in the mobile app, and it kicks off with a retweet event. There will be no shortage of Kirby-themed items for your Mii character to wear so you can show off that Kirby flair!

All Miitomo users will receive a KIRBY CAFÉ logo tee for their Mii character to wear if enough the retweet target of 20,000 retweets is reached. And since this is a global event, retweets from all three main Nintendo twitter accounts will count towards the goal. The tweets are the ones that contain the hashtag #Miitomo_Kirby_RT. They’re embedded below.

Fianlly there will also be two Kirby themed Miitomo Drop boards as well. Check out those items below.