One of the many titles I got the chance to see at PAX east was Assault Suit Lynos. A game about mechs, flying, destroying things, and well not much else. Now  publisher Rising Star Games have brought this love letter to mechs to PS4. I loved the 2d flat arty take on mechs that I got to play at Pax East, and it looks like from the launch trailer that that action is still there.

Based on the legendary classic 16-bit series (also known as Target Earth), the Assault Suit series is famous for fierce and fast shooting action, a tactical variety of missions, and wonderful weapon customization options. When I played it the action was fast, the enemies were strong. 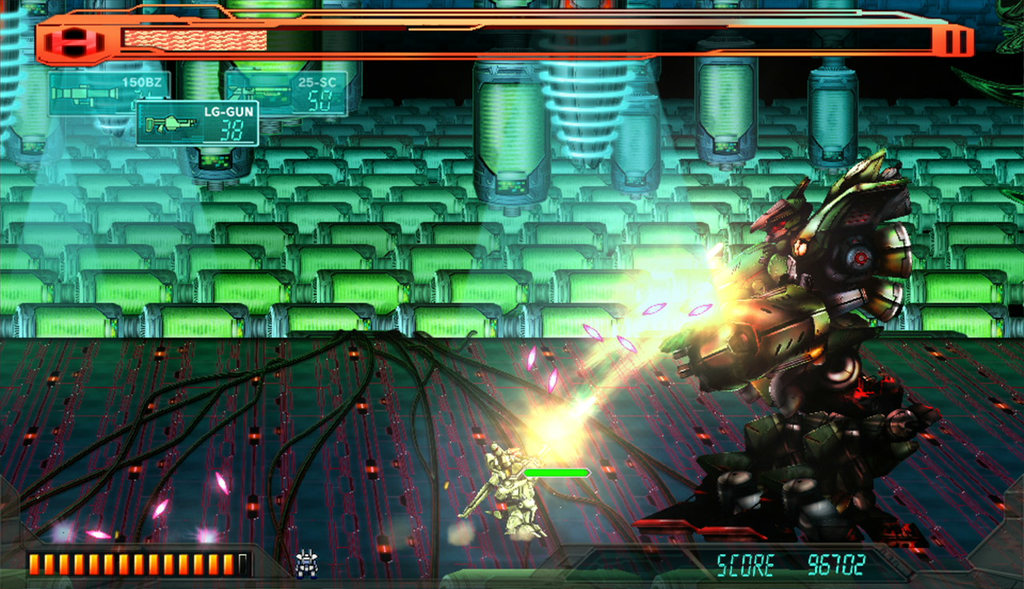 Were gonna need a bigger… gun?

Lee Skittrell  the marketing director for Rising Star games said of  Assault Suit: “The biggest, best and most thrilling summer blockbusters always feature an alien menace to conquer, Assault Suit Leynos stands confidently alongside the most explosive sci-fi smash hits, with its faithful HD remaster and – via a host of new gameplay features – retooling of, a much-loved classic from the halcyon days of console gaming.”

So is there a story?

yes, and here it is. As Earth reels from the impact of a fourth world war and dwindling resources, an uneasy truce between nations sees mankind reach for the stars. Colonies are settled, resources are mined, and the future starts looking a little brighter. Just as peace finally seems possible, an unknown enemy emerges from the deepest region of space to threaten the very existence of humanity. Only one thing can stop them – it’s time to deploy the Assault Suit Squadron! Gamers will blast through the opposing enemy forces with devastating weapons like machine guns, rocket launchers, and laser beams, all while discovering the hidden truth behind the invaders.

Sounds pretty generic, but hey its a game about mechs that shoot stuff, go play it trust me you will love it.