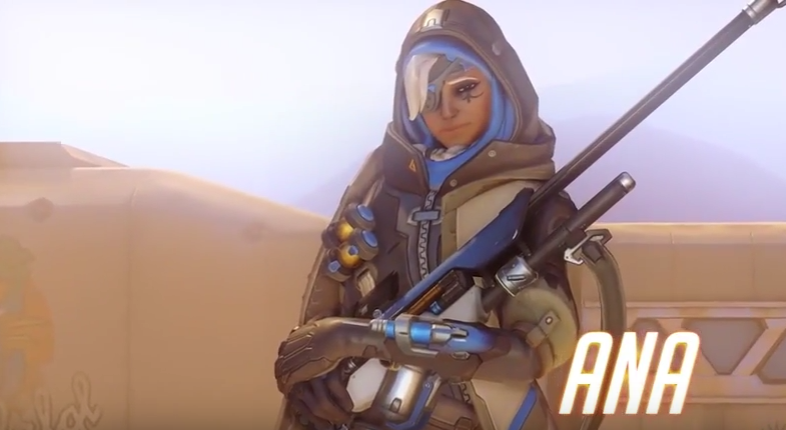 Has all this excitement about a new Overwatch hero kept you in suspense?  If you were expecting ‘Sombra’, well you have a few seconds to be sad before it is revealed that Ana, Overwatch’s new medical sniper may in fact be Pharah’s mother!  Several hints are dropped during the trailer including the fact that it takes place on Temple of Anubis and also that Pharah is featured prominently in the trailer’s cast of supporting heroes.

In terms of abilities, Ana seems to be able to cast a damage reduction cool-down on friendly targets, she is also able to heal targets with a scoped snipe heal and it is possible that her ultimate is able to anesthetize enemy targets from long range.

No word yet on when we will get to play Ana, but as with all things Blizzard, I’m sure it will be a surprise. What do you think of Overwatch’s first post-launch addition? Let us know in the comments section!