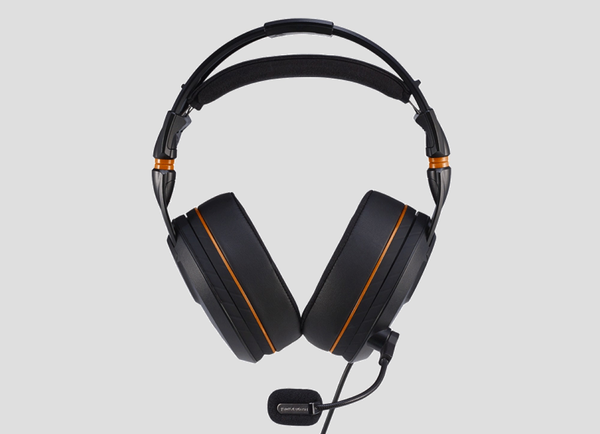 I don’t usually consider the thing that sits on my head while I am gaming a premium piece of hardware. Usually it’s just whatever headphones I use for editing video or audio. Turtle beach wants to change that with their newest set of headphones, the Elite Pro headset. The Elite Pro sells for $200USD and Turtle Beach have pulled out all the stops making this one. 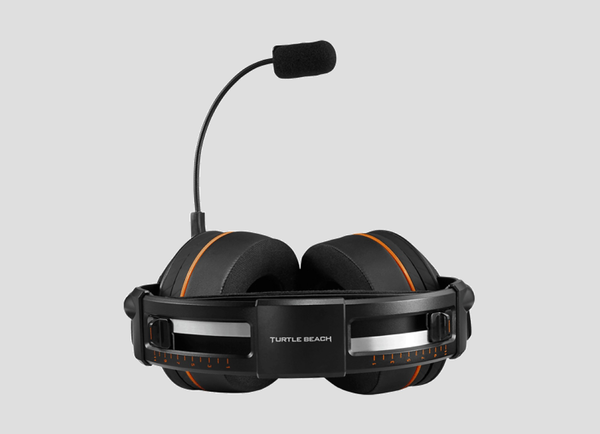 The first thing turtle beach said to us was that this headset has been designed with “competitive gaming” in mind. I was a skeptical, but when Turtle Beach sat me down and started to tell me about the features this headset had, I started to believe that claim.

E3 is a crazy haze of booths, competing with noise, colors, and size for the attention of the people who enter the Los Angeles Convention Centers two main halls.  Turtle Beach knowing this had a full stage for E-Sports set up and was blasting a loud speaker, full tilt, e-sports of one sort or another. Their booth was full of colors and lights, and loud announcers; this struck me as odd because the new headset is anything but flashy. 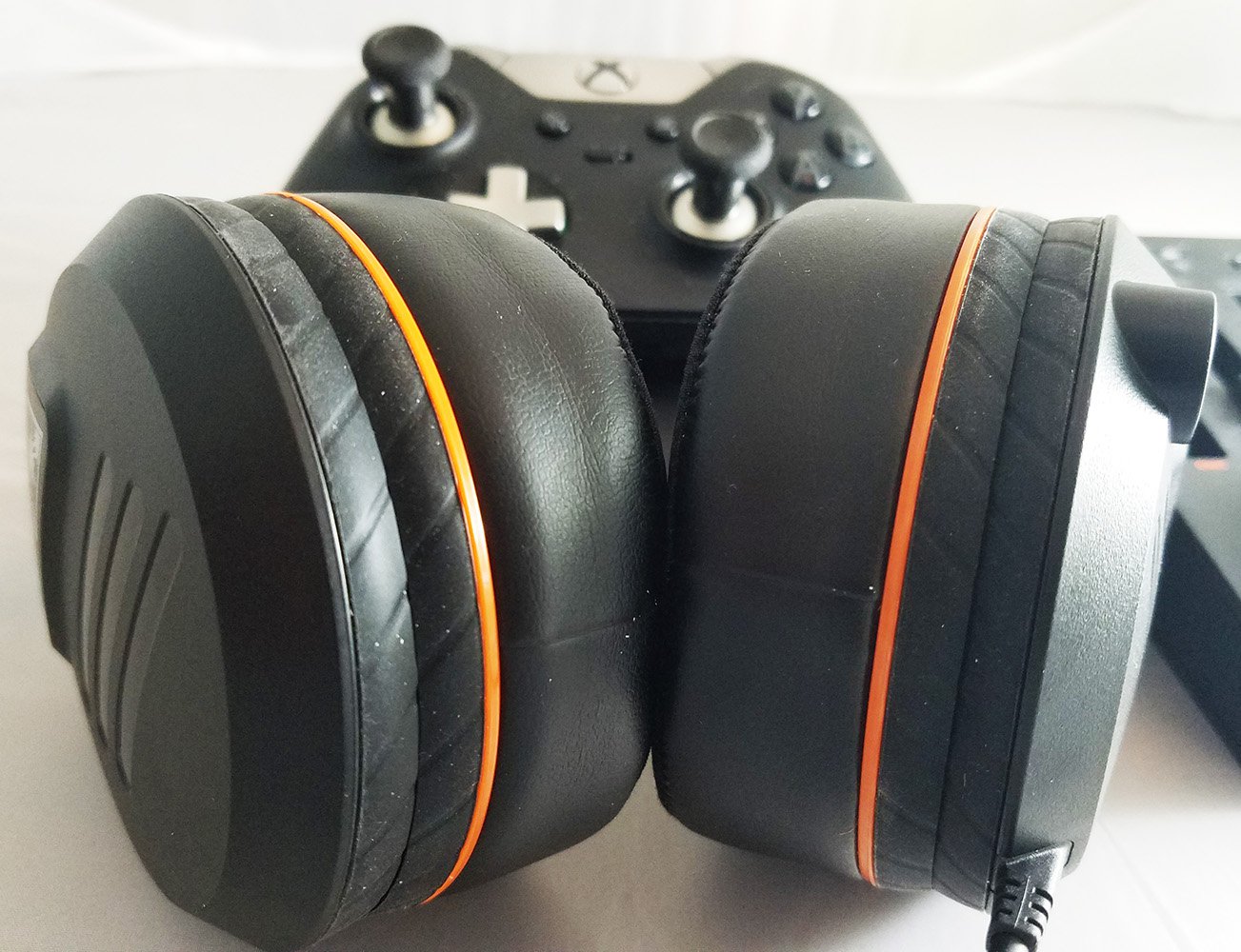 If you have been a gamer since the PS2 and Xbox era you probably remember when Turtle Beach was the absolute last word in gaming headsets. Their wireless sets dominated the market for years, with their precision sound allowing hard core gamers to hear their enemies before they ever saw them. Sadly as the years rolled on Turtle Beach began to focus on more options, and their ultra high end sets started to suffer a bit as they played to the dominant market force of low cost. As brands like Astro and Razer rose, Turtle Beach found themselves in an increasingly crowded market with too many products and no focus.

The Elite Pro Tournament headset is their answer to that problem. Created they say from the ground up for ESports team OPTIC, and clearly marketed at the very top end of all gaming headsets, Turtle Beach is hoping that the Elite Pro can see them return to the top.

The first thing I noticed about the Elite Pro was that it wasn’t wireless. For me at least this is a good thing, if you want maximum performance, you don’t use a wireless headset. The second thing I noticed was the muted colors, many gaming headset are very concerned with the idea of having you be seen wearing the headset, Turtle beach have gone instead with a muted black color scheme with a few orange accents. 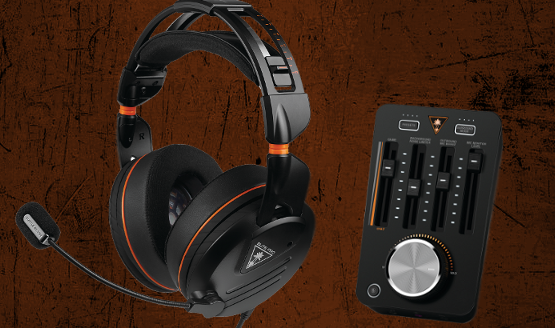 yah but what does it do?

Features wise the headset has a pair of 50mm drivers, that Turtle Beach says use “NanoClear” technology, when I asked what that was, I was told it was proprietary, so I have no idea what that is at all. These speakers nest in a huge set of foam ear pads which are very round and have plenty of cushioning.  One really neat feature with the ear padding is a sort of pull that allows you to create a channel in the padding for glasses. The cups use combined leather and fabric the leather provides a beautiful finish while the fabric prevents major ear sweating during long gaming sessions.

Beyond the comfortable ear cups, the headset does a few other things with comfort in mind. Turtle Beach says they have designed this headset with long gaming sessions in mind, and so have put in some features to help that. The set uses a well-padded floating headband to try and prevent any painful contact points on the head itself. As well as an adjustment on the headset band itself for tightness. This one seems like it’s a bit excessive but if the shoe fits.

Unfortunately I wasn’t able to try any of these comfort features so I can’t tell you if they really make a different feel, and the only set that was available for a demo unit wasn’t hooked in to anything so perhaps more importantly I can’t tell you what it sounded like to have them on. What I can tell you is that the marketing people really sold the set as being gaming first.

Turtle Beach promises that this is first a gaming headset, and so they haven’t spent a ton of time working on the sound response. Instead they have focuses on making sure that you can hear your opponents coming and that your team mates can hear you when your talking to them.

To that second point, Turtle Beach have said that they have deigned an all new microphone with the same quality as a boom mic so your teammates never miss your call out of one enemy at B site. There is an inline mic mute and volume control. The headset will work with any 3.5mm jack, but Turtle Beach recommends plugging it in its 200USD Elite pro Tactical Audio Controller (TAC) for best results. Again I was totally unable to try the microphone so I can’t speak to its ability to block outside sound (a major feature of tournament grade microphones) or its fidelity.

This is the full list of accessories for the Pro line

Turtle beach are also making two accessories to go with the Elite Pro Headset. First you have the $200 TAC, and then the Elite Pro noise canceling microphone ($30). The TAC’s purpose is the same as the old Astro mixamps, to control the levels of various things.

To use the TAC you’ll need to plug in the headphones, the microphone, and the controller you are using. On the back you’ll find an Aux in port, a stream out port, a selector switch to tell the amp which device you are on, Ethernet in and out, and optical in and out. There can be no doubt that the TAC has a lot of cables when it is all plugged in, but what you get in exchange is a huge degree of control over in game sound. The Ethernet ports are not for internet, but instead daisy chaining multiple mix amps together.

On the front you have a large volume knob, and 4 sliders. Each slider has a center click to tell you when you are at 50%. The 4 controllable sliders are for game volume, background noise cancellation, outbound mic boost, and mic monitor level. Since this is a powered amp your going to be able to do a lot more than you would with a just the headset. The TAC comes with 4 preloaded presets, but if you are spending 200 USD on an audio set up, you should probably be setting your own levels.

The second accessory is the $30 noise canceling microphone. This microphone has a bit of magic in it, with a front mounted mic that pics up noise around you, and then uses the mixamp to filter it out that noise.  Once again I have only the word of the rep giving the presentation to go by on this one, but hopefully independent testing will arrive in the future to verify this claim. According to the current reviews that are out there the consensus seems to be that there was very little difference between the default Elite Pro headset and the extra offered microphone. 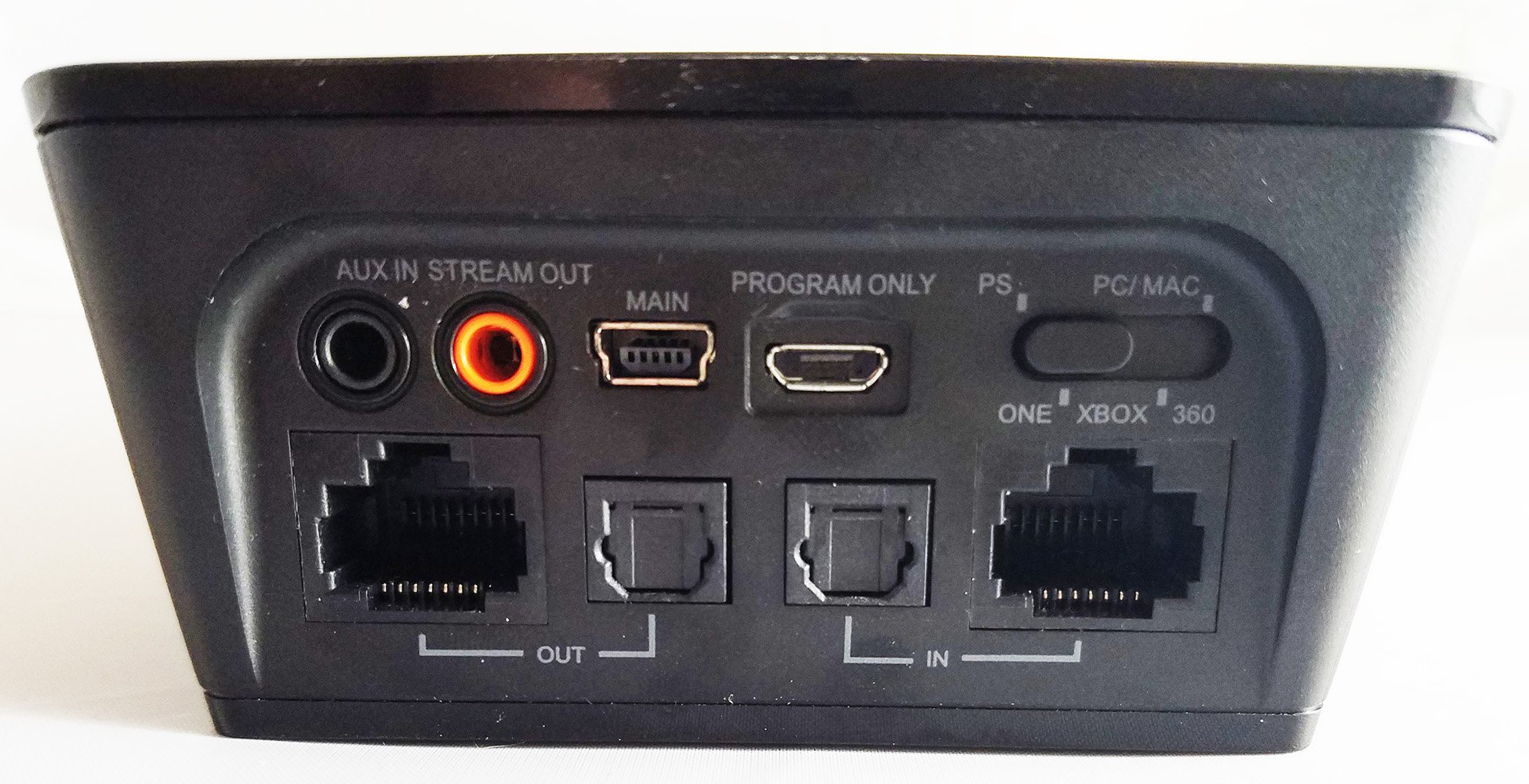 Overall this headset looks promising, unfortunately I am unable to bring you and real “testing” of the set as Turtle Beach have not provided a review model, but I can say this. This is a very well-constructed pretty headset. The Elite pro is designed with  comfortable long gaming sessions in mind. It is a project that comes from a need in the space for a dedicated tournament grade headset. If you are in the market for a new high end headset, this should for sure be on your short list. Hopefully when Turtle Beach has the available inventory for reviewers, I can get one set for you our audience to do a full run down with.